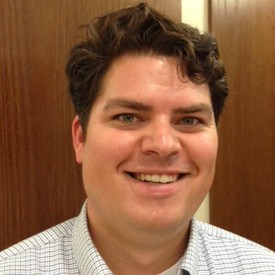 Death metal music has always fascinated me because much of it is so violent and off-putting to the general public. On the other hand, much of the musicianship is some of the best in metal today. Having seen some Death metal shows over the years (Cannibal Corpse, Suffocation, Kataklysm) I have found my jaw hitting the ground on a number of occasions because of the sheer intensity of the music and the abilities of the musicians. Also, I have always been someone who loved lyrics — I like to know what bands are singing about, and Death metal lyrics provide a wide range of topics, though often it is next to impossible to decipher them when listening to a song, whether live or recorded.

Because of my love for most things Metal and my passion for Gothic literature, I wanted to continue researching the connection between metal lyrics and characteristics of Gothic fiction. This study is a continuation of the one published in the ‘Heavy Metal Music in Britain’ anthology in 2009. In that article, I examined Gothic literature in relation to many of the early metal bands, including Black Sabbath, Judas Priest, Iron Maiden, and Saxon. Much of that article’s focus dealt with how the bands used Gothic literary characteristics in their lyrics, such as Satan or Satan’s influences, barbaric tendencies, narratives that took place in scary or foreboding places, and instances of the occult in the lyrics. The more I listened to Death metal music, the more I became interested to see how much these characteristics appeared in those lyrics — which has led to this article.

Gothic literature as an art form first appeared with Horatio Walpole’s novel ‘The Castle of Otranto’ in 1764. It kicked off one of the most popular periods in Gothic fiction with authors such as Ann Radcliffe, Matthew Lewis, and William Thomas Beckford gaining immediate popularity. This era, from roughly 1760-1820 also introduced the literary world to many of the early English Romantic poets, who began their careers writing Gothic stories and poems — Percy Bysshe Shelley, George Gordon Byron, and Samuel Taylor Coleridge. What does all this have to do with Death Metal music? At first glance, nothing, but after examining the most prominent characteristics of Gothic fiction and analyzing them against the lyrics of many death metal bands the parallels become evident. The goal of this research is to examine literary characteristics in Gothic fiction and determine if those tenets appear in Death metal music’s lyrics. In essence, were they using Gothic characteristics in their lyrics, and if they were, were there changes in how they used them from their first three albums to their most recent three. The focus of this study will be on three of the most prominent Death metal bands: Cannibal Corpse, Morbid Angel, and Deicide.

This study arose out of my previous research that appeared in ‘Heavy Metal Music in Britain’, edited by Gerd Bayer, where I examined the connections between characteristics of Gothic literature in metal music lyrics — particularly bands which began during the first decade of heavy metal’s development: Black Sabbath, Iron Maiden, Judas Priest, and Saxon. What I learned was that each of these bands used characteristics found in Gothic literature in their lyrics, though none of them used these characteristics as a primary approach to lyric writing. As a lifelong fan of both Gothic fiction and Metal music I wanted to see if there was a connection between the two, though I did have a good idea there would be some connections at the outset based on my own experience with both the literature and the music. I also wanted to learn if bands continued to use the same Gothic characteristics over successive albums and over long periods of time.

As someone who listens to Death metal, though I am not as well-versed in it as I am in other genres of Metal, I assumed that there are Gothic characteristics in the lyrics, though I did not know how prevalent they are. I wanted to see how often Death metal bands use Gothic tenets in their lyrics and if over time they tend to use the same ones at the same general rate. Also, I felt it was important to look at bands who have been around for at least twenty years and that have made at least six albums — that way I know that they have some longevity in the scene and they have had time to develop their own lyrical style. The notion of time is important because I want to learn which types of Gothic characteristics bands tend to rely on and which types tend to be used less often. By doing this I hope to learn about patterns in bands’ uses of lyrics and what effect those patterns have on the songs and inevitably the albums.

Furthermore, by selecting Cannibal Corpse, Morbid Angel, and Deicide, I am examining three important bands in the scene, three of the bands who have been around the longest, and three bands who can serve as the baseline for future examinations of Death metal lyrics and Gothic fiction characteristics. In the future, I plan to look at many more bands, including Arch Enemy, Enslaved, Obituary, Entombed, Amon Amarth, Carcass, and Unleashed. By selecting these three to start there is a good variety in lyrical themes and the amount of focus on Gothic characteristics throughout the bands’ histories.

I selected Cannibal Corpse, Morbid Angel, and Deicide because each has been around for at least twenty years from the time of their first album to their most recent. This is important because I want to examine the first three albums’ lyrics and the most recent three albums’ lyrics from each band. This approach, in part, allows me to see if 1) the bands use Gothic literary tenets in their lyrics, and 2) if the bands have changed their approach to lyric writing in terms of how often they use Gothic characteristics over the years. I can also look for changes in the types of Gothic characteristics the bands are using — assuming they do use them.

Before I could examine the lyrics I needed to have a basic list of Gothic characteristics to look for as I read and analyzed the texts. I chose not to use the same sources I did in my previous article because the previous list came from a book which was nearly thirty years old and did not really address Gothic fiction prior to 1980. This is an issue because Gothic literature is still incredibly popular today, and there are different characteristics today that really were not around before 1980. In researching various texts, I selected Daniel Olson’s (2011) edited collection, ‘21st Century Gothic: Great Gothic Novels Since 2000’ because of the way he decided on his list of characteristics and the list itself.

Nevertheless, in a post-2000 survey that went out to a hundred Gothic scholars from Europe and North America, editors Diane Long Hoeveler and Tamir Heller found that scholars tended to agree on many of the Gothic’s traits and tones, all of which were shared with our contributors. Their survey respondents mentioned that often the Gothic explores fantasies, hidden and forbidden desires (murder, incest, and worse), damnation, physical and emotional disease and aberration, revenge, curses, family lineages, estate battles, horror, terror, falls, the sublime, superstition, reanimation, entrapment and confinement (especially of women), the supernatural, the past, and haunted and decayed structures (castles, mansions, abbeys, or modern houses of spirits).

Another reason I selected the characteristics that Daniel Olson discusses in his introduction is that today’s scholars are still using some of the same characteristics from the original study (the supernatural, archaic settings, murder, etc.), but there are also many that were not included in the original study (physical and emotional disease and aberration, revenge, and curses, to name a few). Because the two sets of characteristics are combined I felt that I could get the most thorough collection of tenets, which would make the lyrical analysis more accurate and complete. 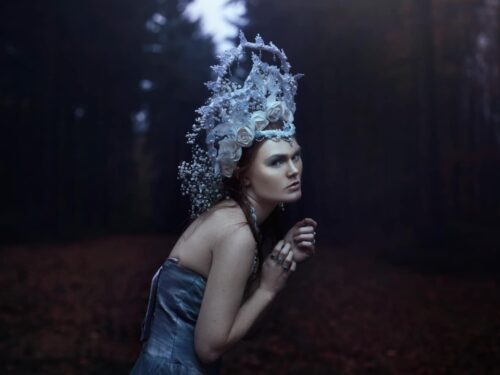 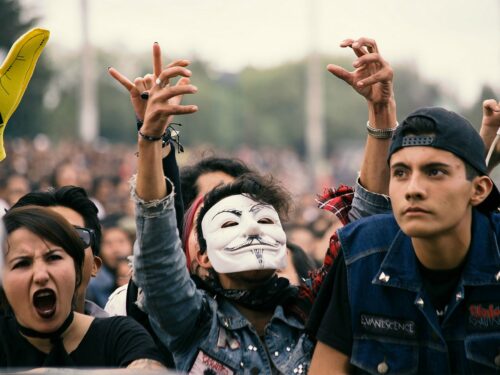 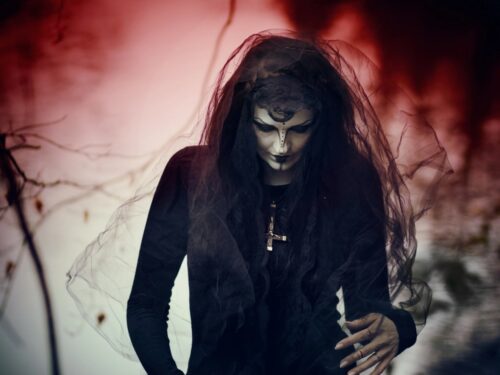 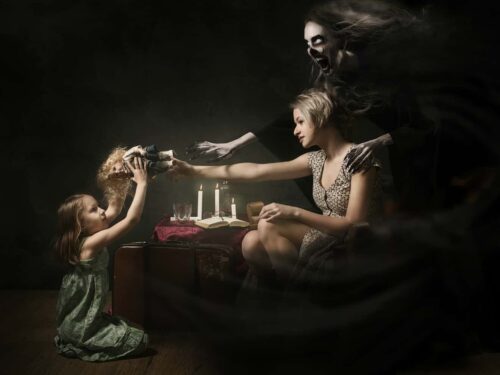 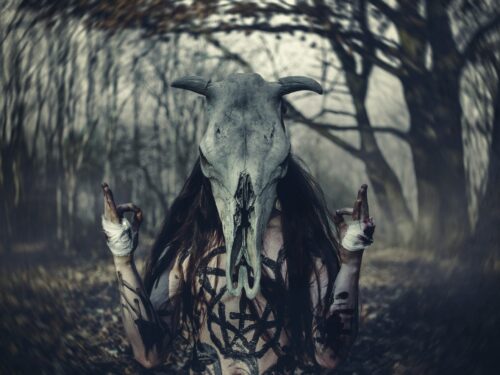 Frederik Ruysch and the Anatomical Art of Dead and Dying 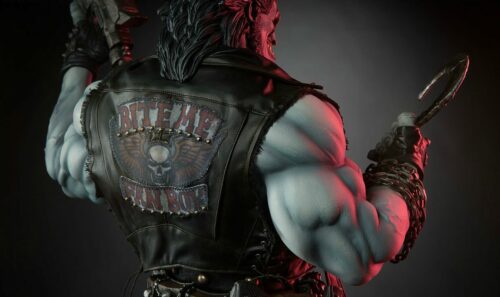 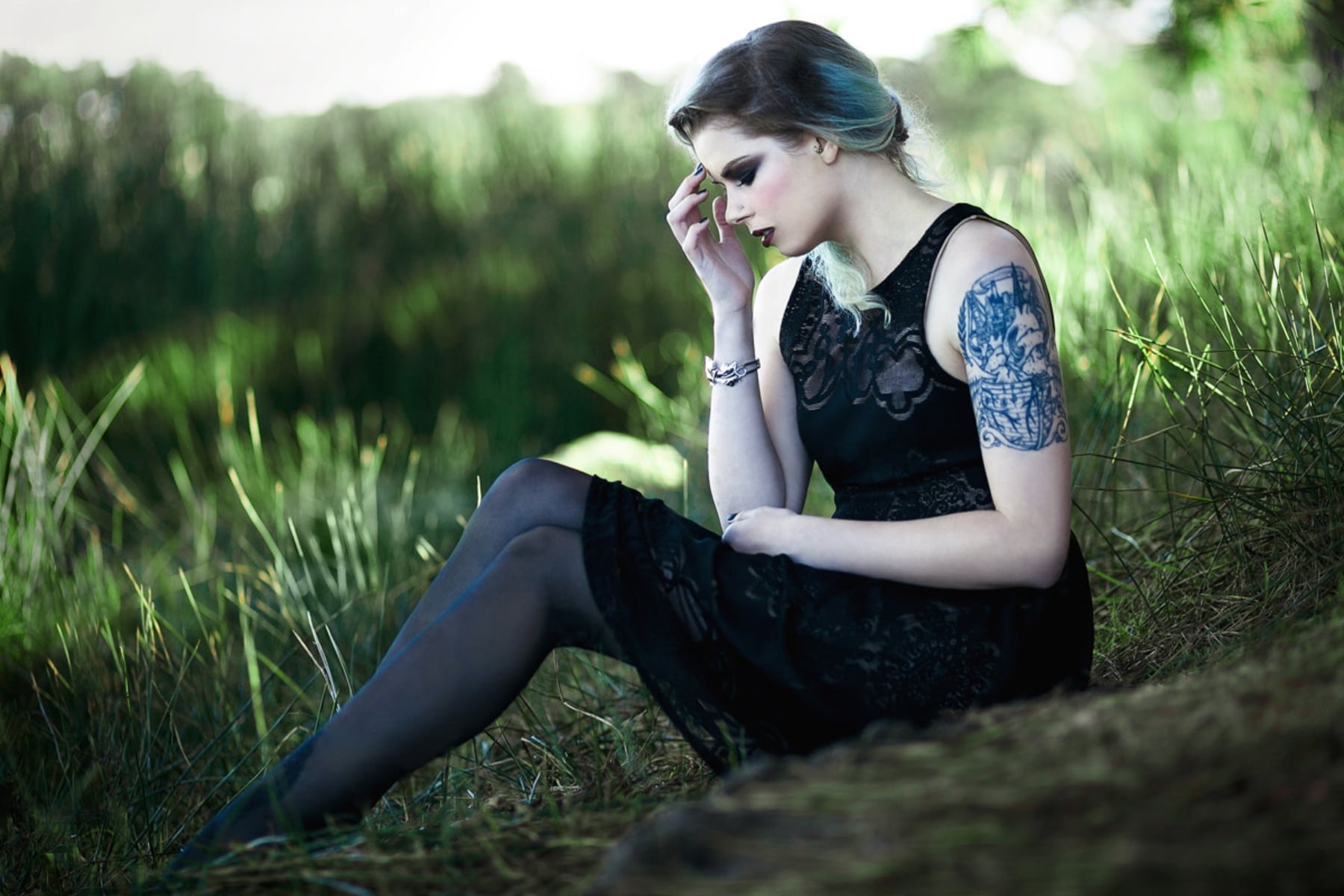