Aloof from Altars Of Rebellion and a scant minority of bands, my appraisal toward Colombian acts is rather lonesome and spiritually self-defensive. A mechanism that quite literally points me to a dimension of interceptive toughness, as I, admittedly, am a chameleon weathering numerous skins when it comes to listening and appreciating individual musical deviances, notwithstanding, there’s a perpetual and ceaseless flame that ignites my heart and angrily desires for more than minor transfigurations of elder sonorities falsely depicted as an emphasis on the exquisite and freshly newborn acts. Galeras Rock Festival certainly gesticulates a grand selection of acts still unknown to me, forsooth and judging by YouTube videos, a misfortune to say the least, to be absent from such magnificent event.

This year’s Galeras Rock Festival edition, their eighth, positively purposes meticulous attention to detail, as well as the acts conjured. This when my recognizable discern transpires through my posture, surfaces thereon the succession of presumptions promptly turned into a myriad of conceptions regarding acts said to introduce something distinctive, but after a thorough listen, it counterparts my foresight in a very spitefully and endured disdain.

Despite my insidious frustrations music wise, it is relatively unyielding to aspire for a fistful of acts that perform metal to the extreme of adding their personal ink of ingenuity, besides uncompromised influences. Nonetheless, as I wrote, exasperation is present as well toward festival promoters that even thus, are outspoken to the seven winds hence hedging their honour toward an audience that declines to exonerate them of tampering with the selection of acts to be included in their events. Galeras Rock Festival notwithstanding, seems to prime with the absence of exchange of influences, which is livable in a scene where second intents predominantly overhead any suspicions, or so they say.

Colombia is certainly a country that hellspawned several musical acts throughout the years, taking different fronts such as predominantly overrated therefore obnoxious thrash metal, old-school death with some modernized drive, although a minority of melodic acts recently added to the same theorem. Resounds of older punk and hardcore are now strengthening their position with brutal, gored, grinding metal with lyricism biasing the narcotics and violent arguments that in much, contributes to stigmatize a country they claim to protect. In recent years, few industrial acts arise but fail terribly to entertain one’s attention to their straight to the detail, moreover disturbing recreations of Rammstein-nized ambiances. Black metal nonetheless, takes the majority of worldwide acquainted acts such as infamous Inquisition and hellish Thy Antichrist, that successfully made the Colombian flag wave abroad and bestowed the world that one would be foolish to underestimate their conviction to prevail. However, truth be told,  both Inquisition and Thy Antichrist, alongside with magnificent melodic thrashing death metallers Under Threat, only conquered their overdue credit by leaving the country behind their rears and embarking on a journey that lead them to the United States.

Meanwhile, Colombian soil prospers in musical recreations without the aptness nor liberation in proper knowledge to intervene beyond the endless restrictions that the land inflicts. They are, therefore, either condemned to failure or to struggle against beckons that misleadingly announces their victory.

The eighth edition of Galeras Rock Festival will take place in a small city called Pasto, on July 10th, 11th and 12th. Pasto is located at the South West of Colombia near the border with Ecuador. This town is located high in the Andes mountain range, with a very attractive neighbor; a volcano. That is where the festival takes its name from: the Galeras volcano, situated nine kilometers East from the city and being a constant companion. With an estimated population of 400.000 citizens, Pasto is a city with a rich heritage and beautiful landscapes that invite tourists to enjoy nature and other cultural delights.

I was summoned yesterday by Fernando Timaran Torres, Altars Of Rebellion keyboardist and a longtime associate of mine for the past four years, to observe them performing live at this year’s edition of Galeras Rock Festival in Pasto. This is the third year in which they register presence at the festival. Regrettably, time constraints make it unfeasible for me to attend their performance, which as far as I have heard, it is quite of a mesmerizing stare. 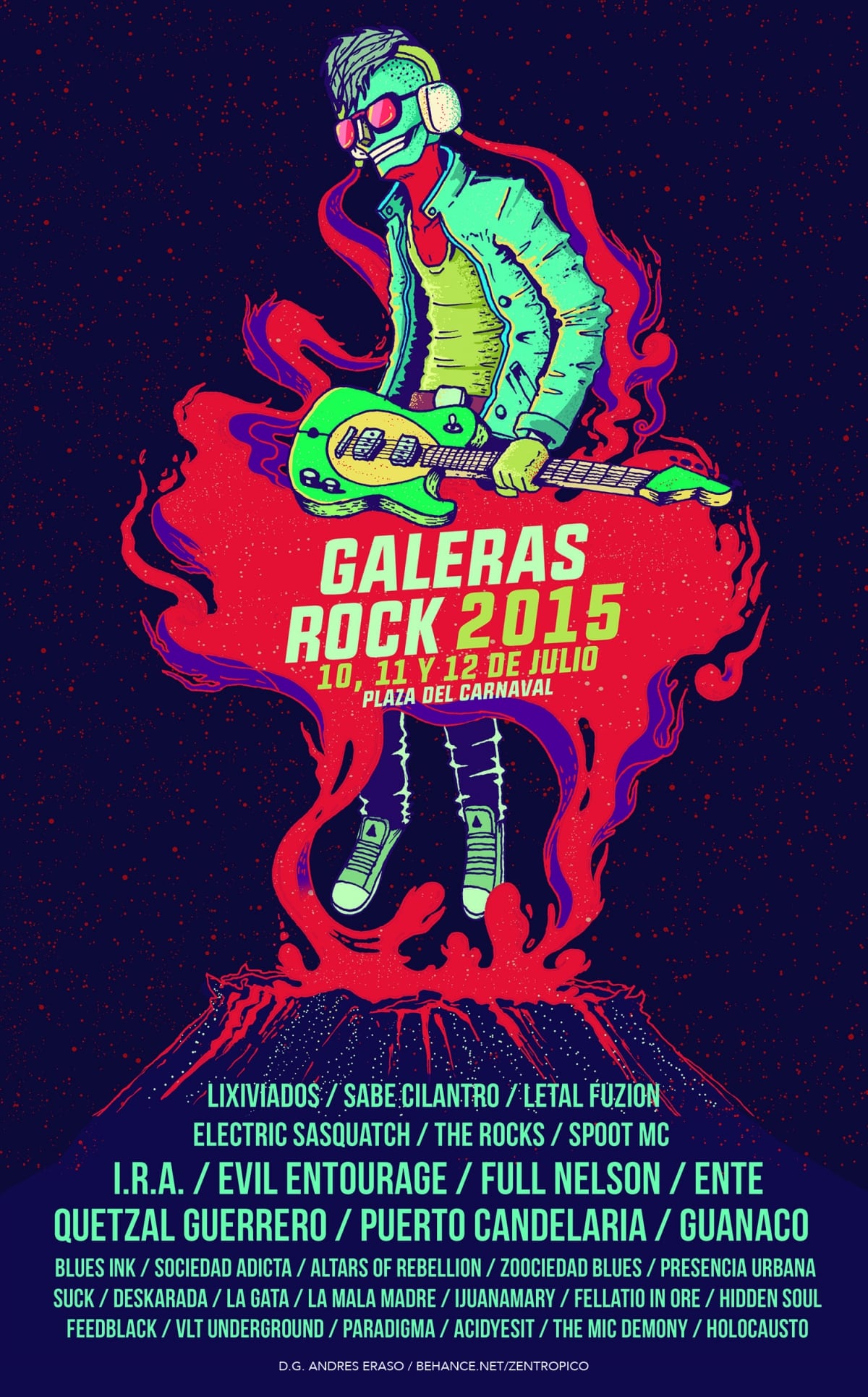 Ente, Evil Entourage, Quetzal Guerrero, Full Nelson and Guanaco are the international acts that will be enriching the festival, while on the national side, Colombia will be represented in full force with such names as I.R.A., Puerto Candelaria, Electric Sasquatch, The Rocks and Letal Fuzion, not to state of course, Altars Of Rebellion which will be taking the stage this forthcoming Friday, July 10th, at 18:00.

[blockquote cite=”Fernando Timaran Torres”]Well, we are jubilant to take part in such a significant line up a the 8th edition of Galeras Rock Festival. We are near to release several singles that our fans will have soon the chance to listen. Also, we are preparing to begin recording a new video clip with our current members which has brought to the band significant advances composition wise. We believe that Altars Of Rebellion sound has become tighter over the years, and we would like to invite all of you to attend Galeras Rock Festival, in which we will be playing this July 10th at 6:30 p.m.[/blockquote]

Altars Of Rebellion was founded in 2007, and slowly gained a stable status through the years while mingling a potent mixture of melodic, yet orchestral death metal with some fusions of instrumental black metal. This gave them an inherent and entirely detachable character from other melodic metal acts currently active in Colombia. By combining such segments into a perfect symmetry of ingenuity, Altars Of Rebellion ensured their position as a prominent act with an identity of their own. In January 2012, their debut record ‘The Dominant Material Origin’ was independently released, stating their independence from any commercial bounds. 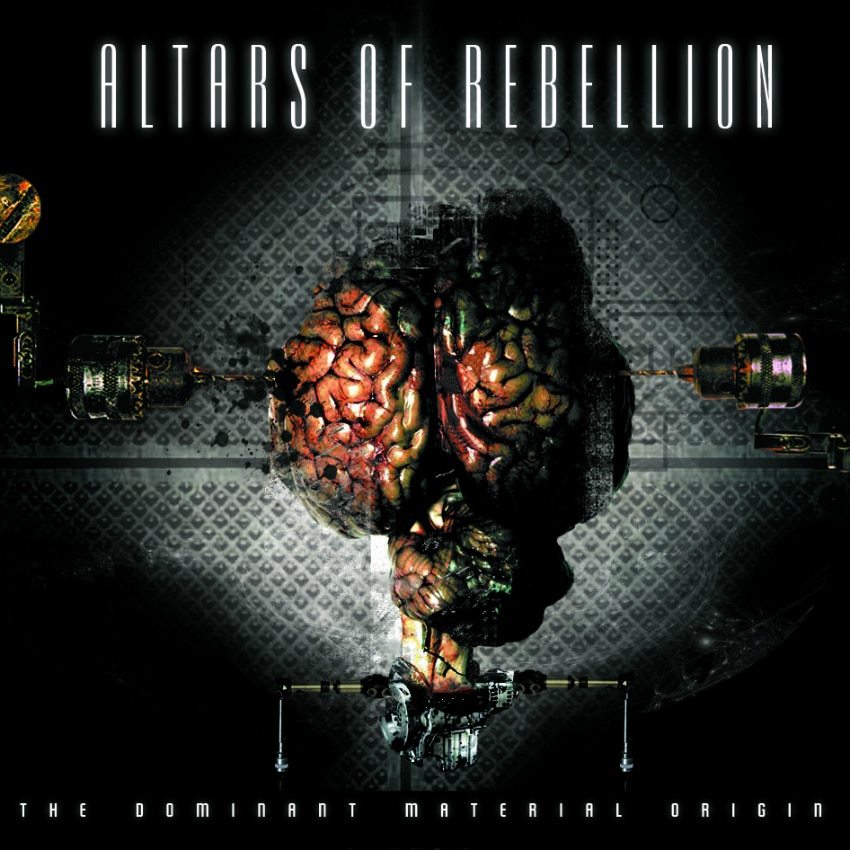 Galeras Rock Festival seems quite promising, despite the fact that this is the first time that I become aware of such event; it made me curious enough to go and do some research regarding their prior events. The official poster as well stands for the difference between most conventional displays we are accustomed to seeing coming from such events of the genre. Altars Of Rebellion will indeed, enrich the event with their presence as well as embrace the audience in a truly symphonious, eclipsed, enchanting atmosphere.

If you wish to support the act abroad, ‘The Dominant Material Origin’ is still available for purchase undeviatingly through them for the small amount of $10.00 (postage not included). I recommend you take a careful look at their official Facebook page and listen to all of their work, as the level of professionalism Altars Of Rebellion have yielded themselves with is truly what keeps them attractive.

Keep of Kalessin have announced their seventh studio album, ‘Katharsis,’ set to be released on March 24th via Morningstar Music and Back on Black Records, and a 6-CD anthology box set.

Leading the Children Throughout a New Era of Darkness and Hope

We were accused of doing “competition” for a decade while we remained an English written media in Colombia. Today, we begin our transformation, turning baseless claims into a living nightmare

Our mission is to bridge academic research with alternative cultures and improve education worldwide.

Like most of us, celebrities, too, have gone through certain phases in their lives. Whether that be a rebellious stage, a quiet and timid stage, or a goth stage, we have all been through it. Here are some celebrities who may have outgrown the goth phase, but the memory of this time remains

Dissecting Taxidermy and the Body Horrors During Victorian Gothic Tales

The article discourses the materiality of the human body through “grotesque preservation”, and thereby, the preservation and destruction duality into the zone of the Gothic

Job for a Cowboy have been hard at work preparing for their long-awaited return to the stage at the Blue Ridge Rock Festival. It is their first live appearance in seven years, and they look to make an epic comeback.

‘The Phantom Chariot; The Stroke of Midnight’ Review

The Poltergeist Curse Motivated to Cause Mischief

© 2023 by Atmostfear Entertainment SAS
All Content of their respective authors.