Goffman (1963) in his classic work ‘Stigma’ argued that a stigmatised person’s social identity is discredited by the power of a single attribute, such as being visually impaired or a drug user. He also argued that such individuals might be viewed as deserving of some kind of intervention.

In order to further understand this character and his relevance to our study, I would also like to introduce Spawn’s author and some aspects of its historical context. Todd McFarlane was born on March 16, 1961, in Calgary, Canada. He developed a solid career in the United States of America as a comic books (hero) artist for large publishing companies in the field such as DC Comics and Marvel Comics. His great talent in making drawings for Batman and Spiderman won him acclaim as one of the best comics artists of his generation. 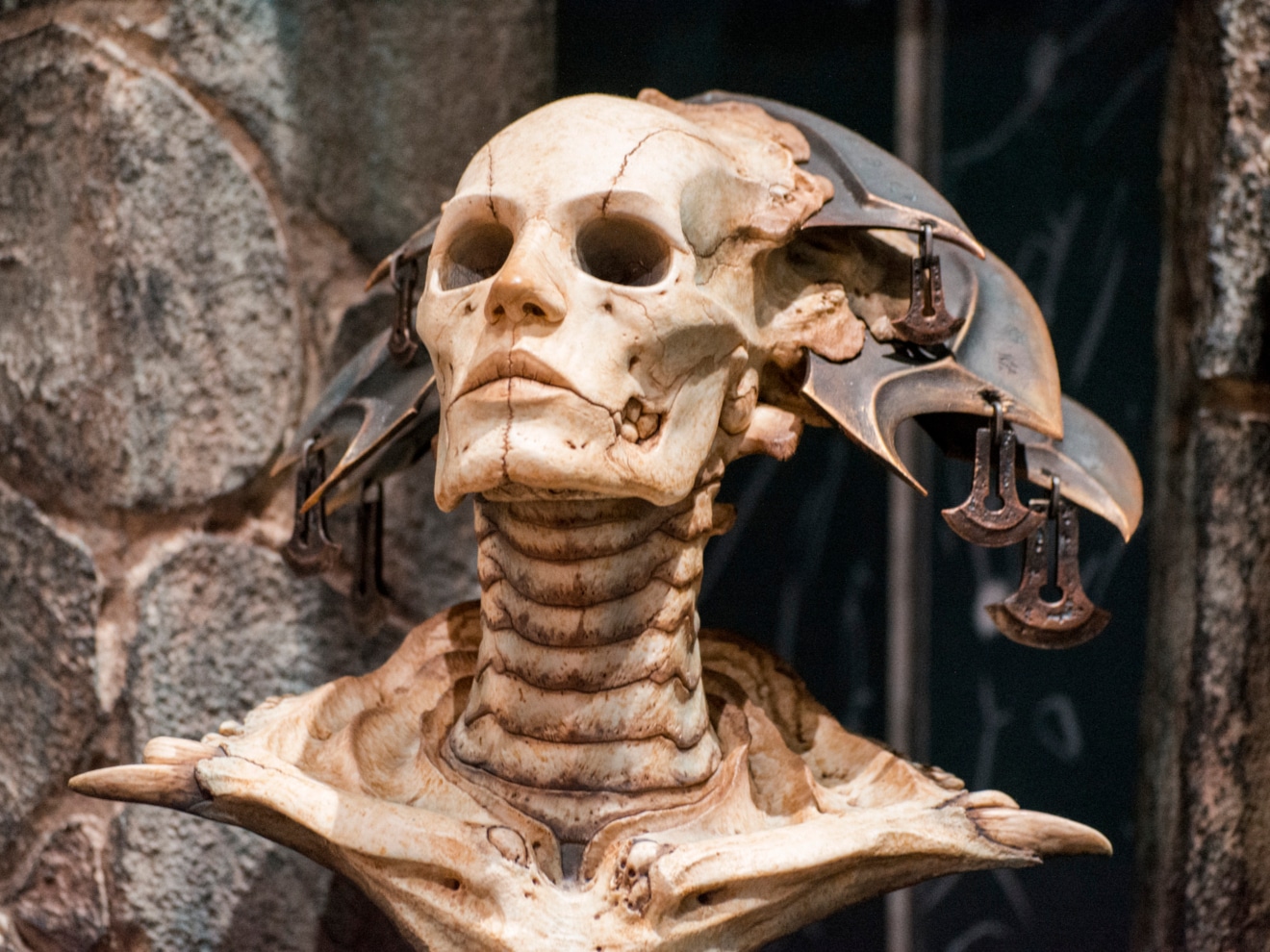 Not all comics are art. Like film and photography, the medium can and often is used to make art, but it can also be used in non-artistic ways. Various examples of instructional comics plausibly fall outside the sphere of art. I would suggest that the same is true of some, but not all, pornographic comics (e.g. Tijuana Bibles). If you are not happy with those examples of non-art comics, I suspect that you will be able to generate your own cases. 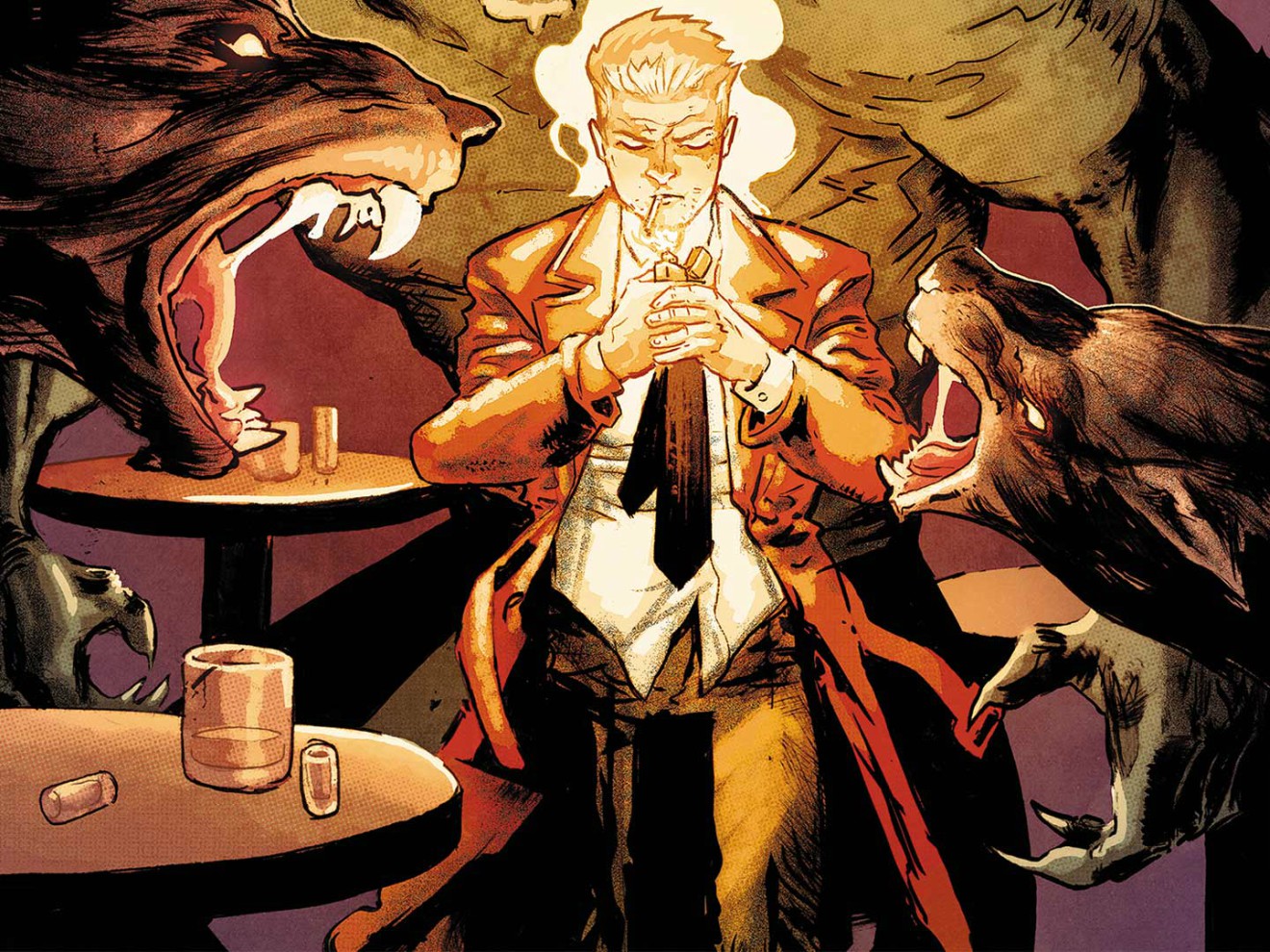 Traditionally, comic books have been perceived as disposable, low-quality pulp fiction aimed at a child market. However, as the product of a publishing business, the medium is shaped by its production values, and these have significantly altered since the early days of comic books publishing. Early comic strips in newspapers and magazines were limited by thickset black line-work, due both to the letterpress method of printing (in which inked plates “stamp” an image onto paper) and the poor quality of the paper used. In the 1950s, this process gave way to offset printing, whereby comic books were first laid out in pencil, then inked, coloured, shot to film, and finally printed: allowing for more delicate lines. By the 1990s, publishers such as DC Comics had their own “in-house computer colouring department” and, as Steve White confirms, “computerisation [has] more or less brought everything in-house”. 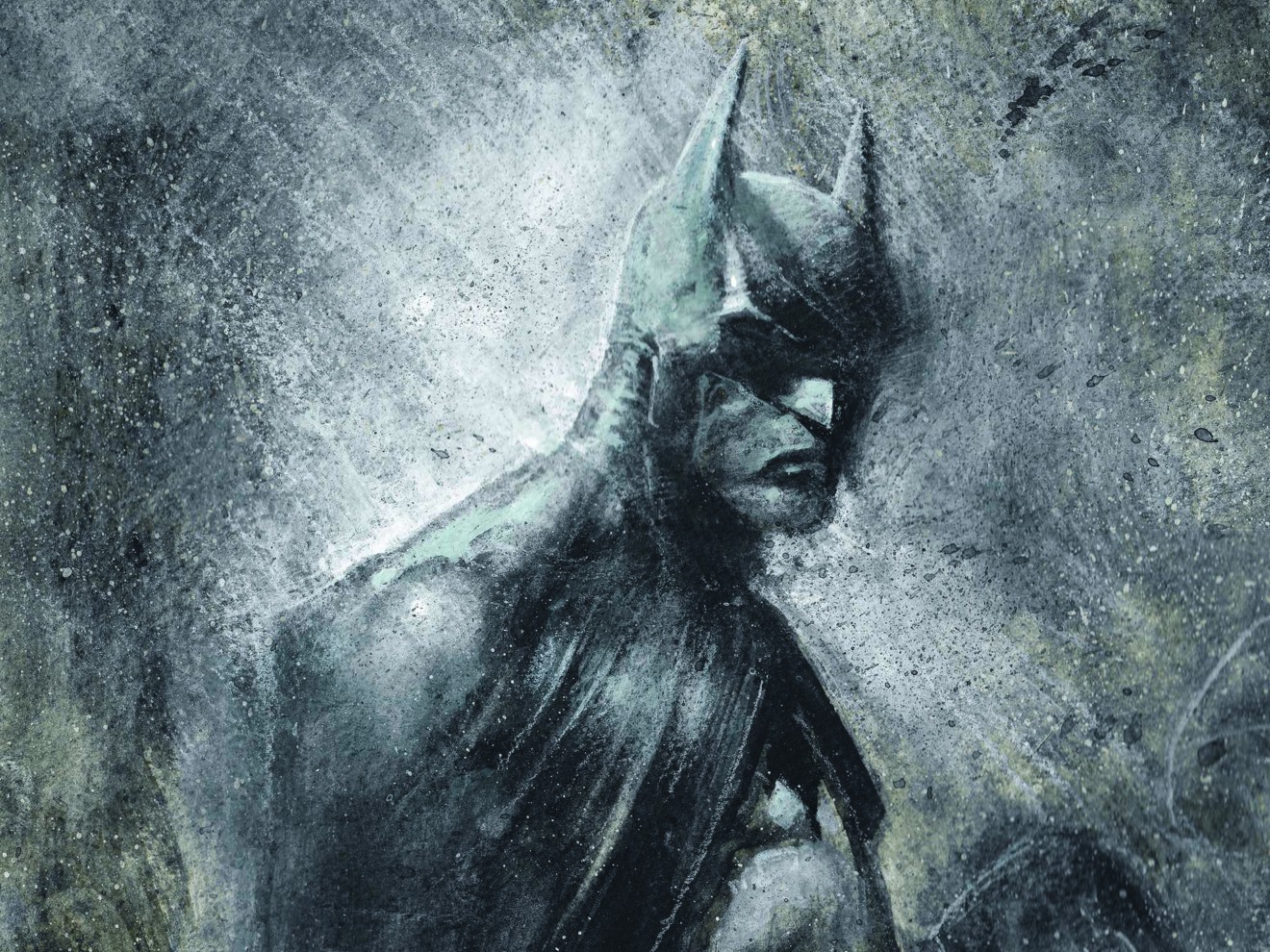 Since the creation of the character in Detective Comics #27 in 1939, Batman has produced an incredibly vast franchise spanning animated and live-action TV series, cinematic films (there have been eleven films released since 1943), video games and merchandise products. Comic books such as Frank Miller’s ‘The Dark Knight Returns’ and Grant Morrison’s ‘Batman: Arkham Asylum’ — which are some of the most celebrated graphic novels of the past decades — and the cinematic films by Timothy Walter Burton and Joel T. Schumacher have all contributed to the creation of an intense scholarly debate on what has been considered as “the most complex character ever to appear in comic books and graphic novels.” All of these disparate texts have often influenced each other, generating a series of borrowings, adaptations and a “web of cross-references” from which the “Caped Crusader” definitely emerges as an intertextual character. 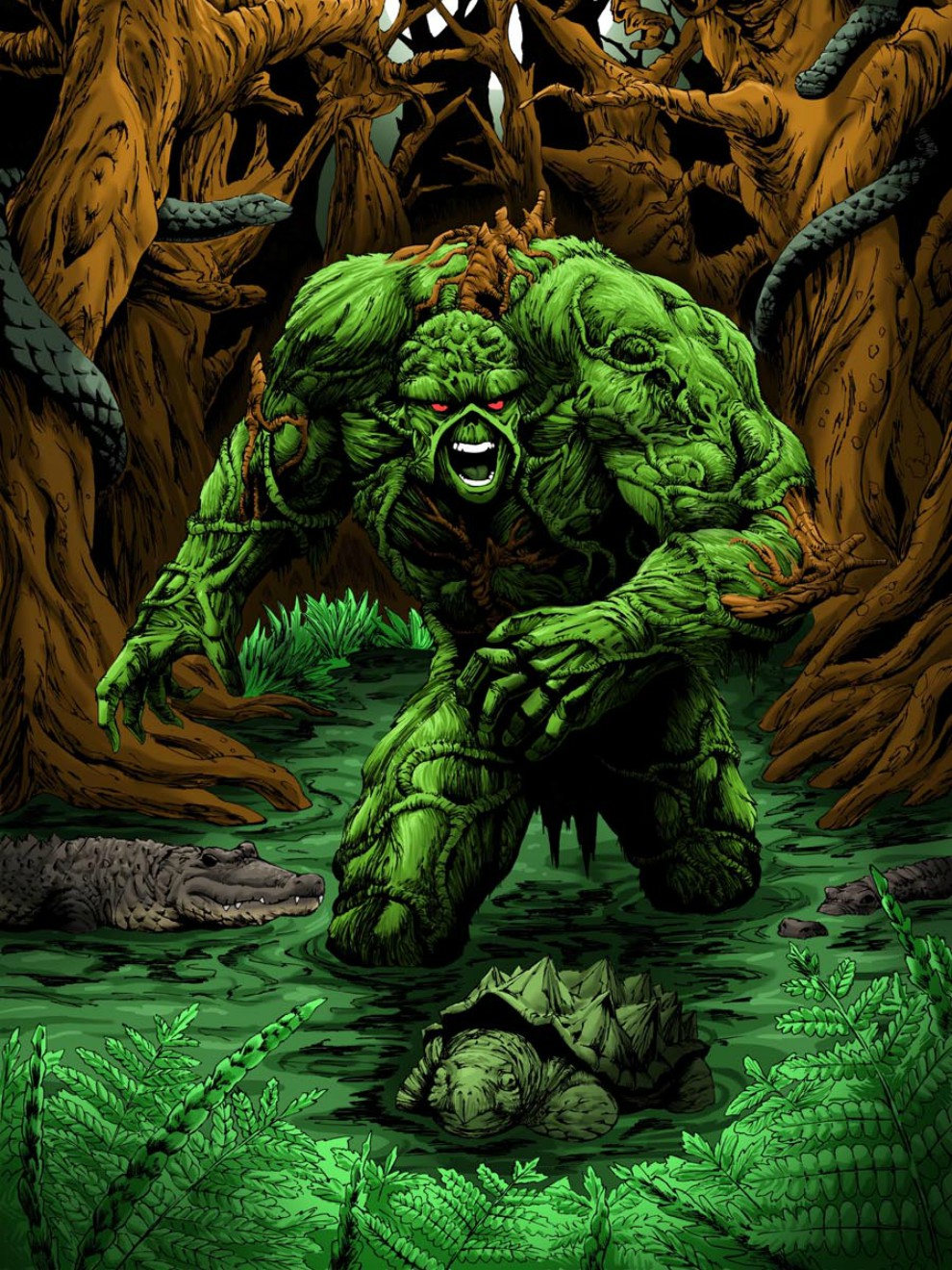 In attempting to explain the inexplicable, in striving to control phenomena over which there is no control, in the search for means of expression, humankind has sublimated the mysteries of the world by turning them into metaphors. Art is a metaphor for life: to create art is a way to apply “one kind of thing, quality or action […] to another, in the form of an identity instead of comparison1.” In all forms of art, the receptive party is expected to ignore that one is looking at canvas, figured movement, or coloured light thrown on a screen without “purpose,” and to temporarily believe that what one appreciates is real, that it is life. Moreover, what is a more common trope for describing this than to say that “art reflects life?” 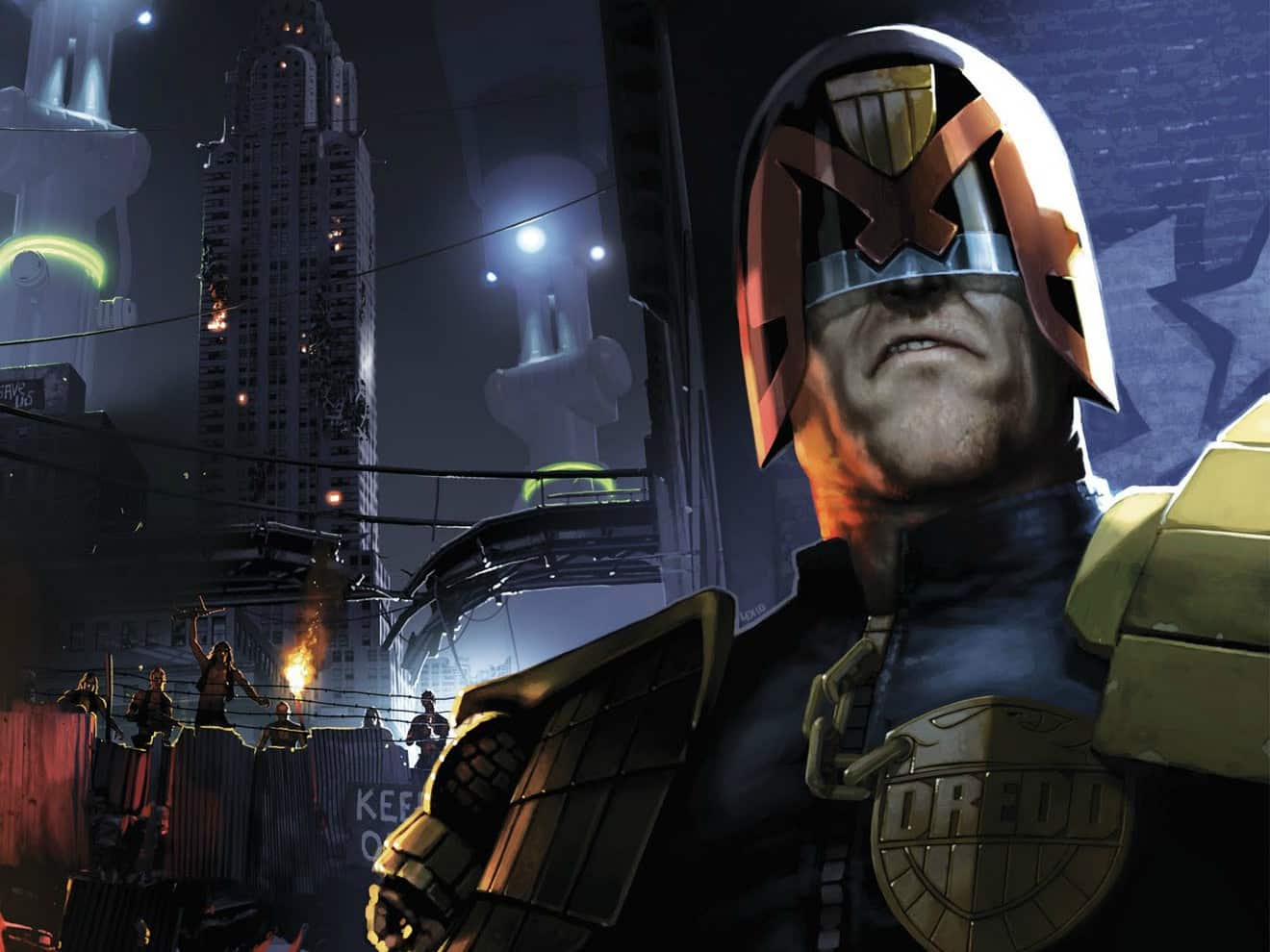 The British comic book industry is perhaps best known for children’s humour titles such as ‘The Dandy’ (DC Thomson, 1937-present) and the ‘Beano’ (DC Thomson, 1938-present), which began the golden age of British comic books. Alternatively, some older readers might argue that the jewels of British comic books are titles such as ‘2000AD’ (IPC, 1977-present) or ‘Warrior’ (Quality Communications, 1982–1985). These offered science fiction, superhero and dystopian tales that challenged readers’ assumptions and expectations. By comparison, British female comic books have never received the same attention and respect, despite having many of the same creators and at their peak both outselling and outlasting the male’s titles. Comic books such as ‘Tammy’ (IPC, 1971–1984) outsold ‘2000AD’ on launch, selling 250,000 copies per week compared to ‘2000AD’s 220,000 (Mills, 2012). The longest-running British female comic book, ‘Bunty’ (DC Thomson, 1958–2001), lasted for 2249 issues and 43 years, while at the time of writing ‘2000AD’ has just reached its 40th anniversary. 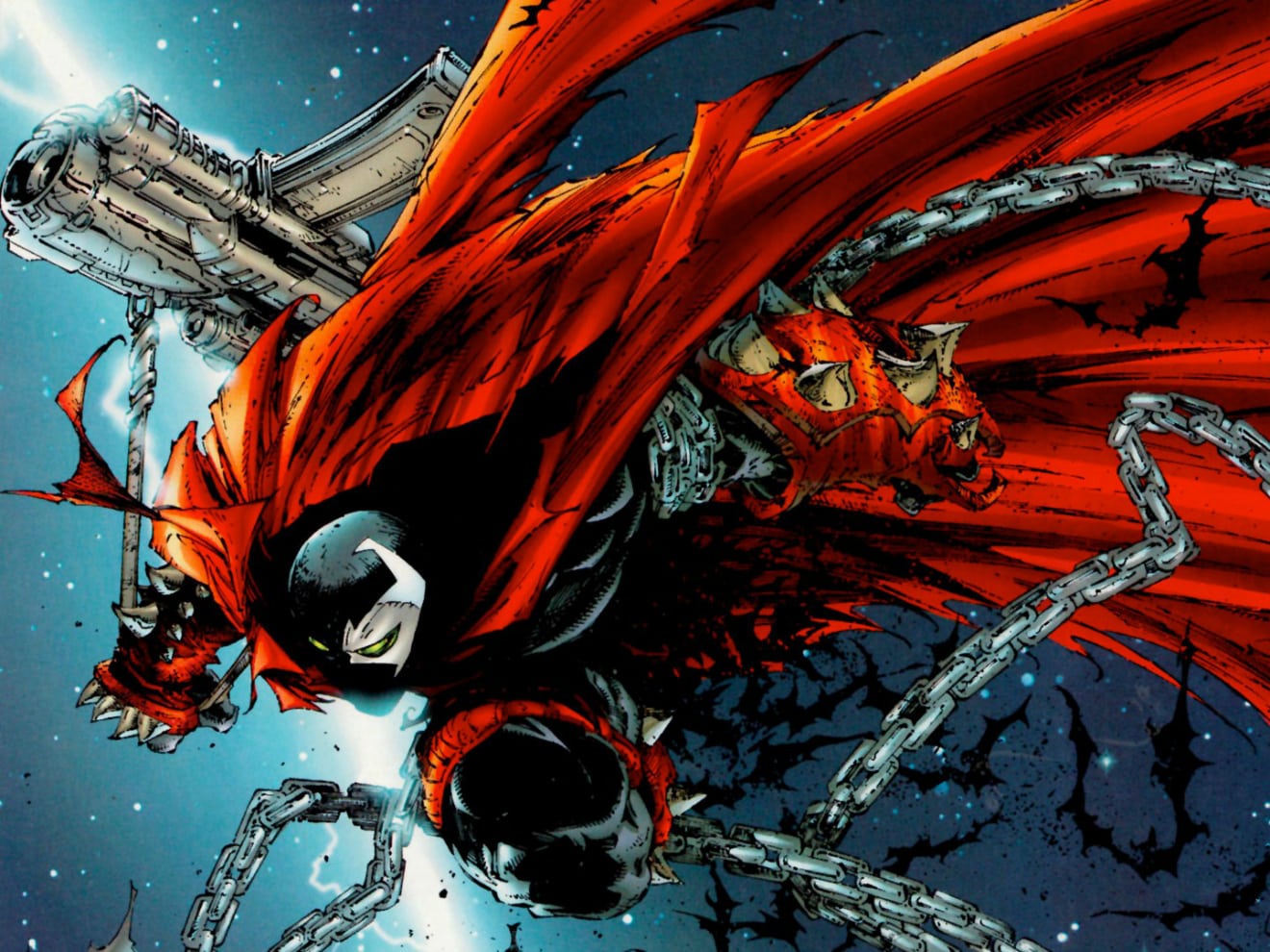 The Spawn character was created in the early 1990s by the Canadian-American comic book creator and entrepreneur, Todd McFarlane, who tells the story of an Afro-American soldier, Al Simmons, who, after an outstanding career in the Vietnam War, was invited to become a secret agent for the United States of America government. His missions focused on fighting crime but evolved into destroying the evidence by killing the targets. Al Simmons’ boss, Jason Wynn, was a master at manipulating people. He made Al Simmons believe that everything they did had a fair purpose: protecting the nation’s safety. 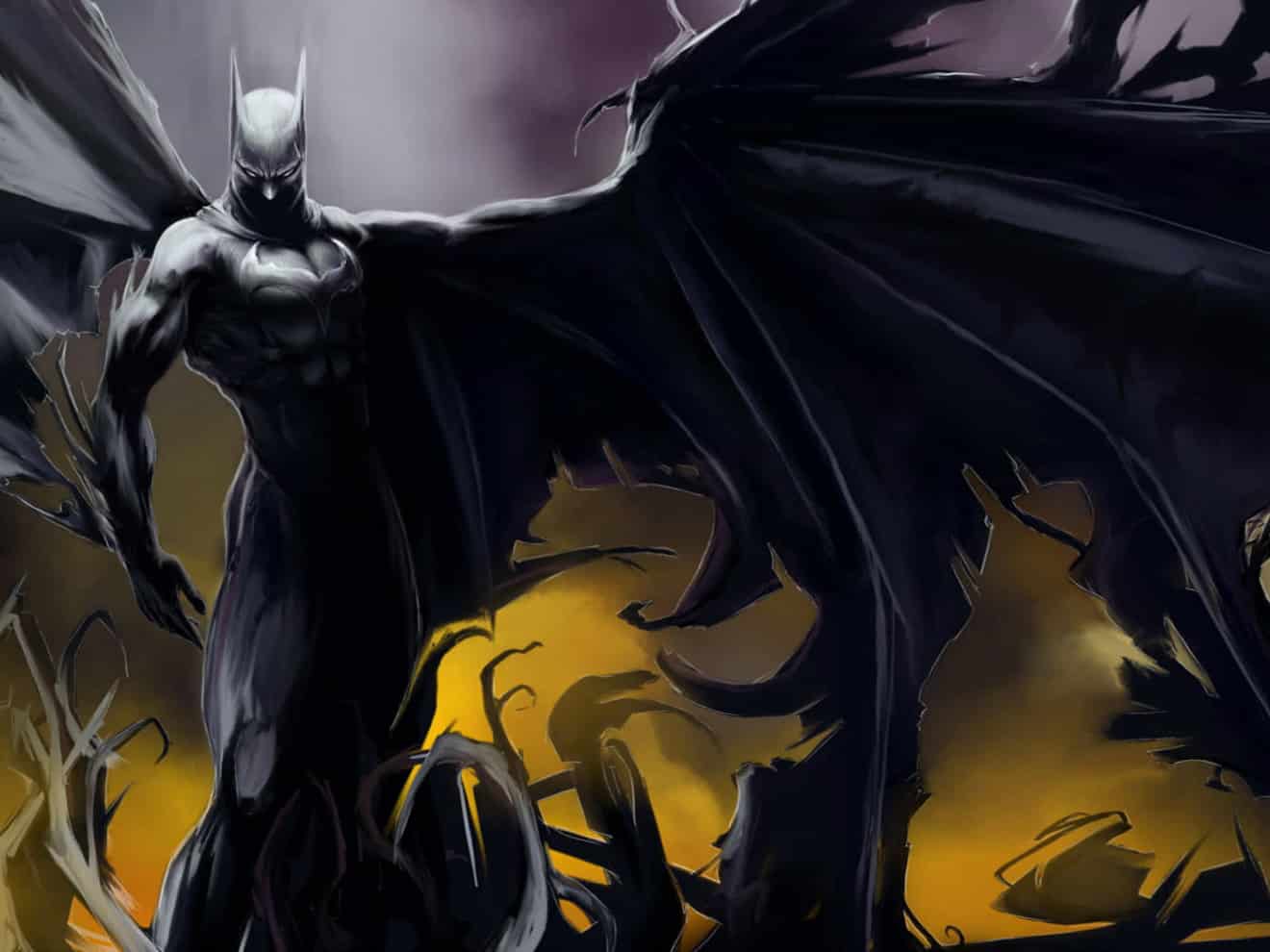 With a panel from the opening of 1939s ‘Detective Comics’ #27, the world was introduced to Batman. In the seven decades since his first publication, Batman has become an internationally recognized figure, his distinctive logo is one of the top five recognized symbols in the world. He remains one of the top sellers of comic books, appearing in multiple titles, and various creators have parlayed that success into other media such as film and television. But the secret to his cultural resonance remains an elusive mystery that has not been duplicated. 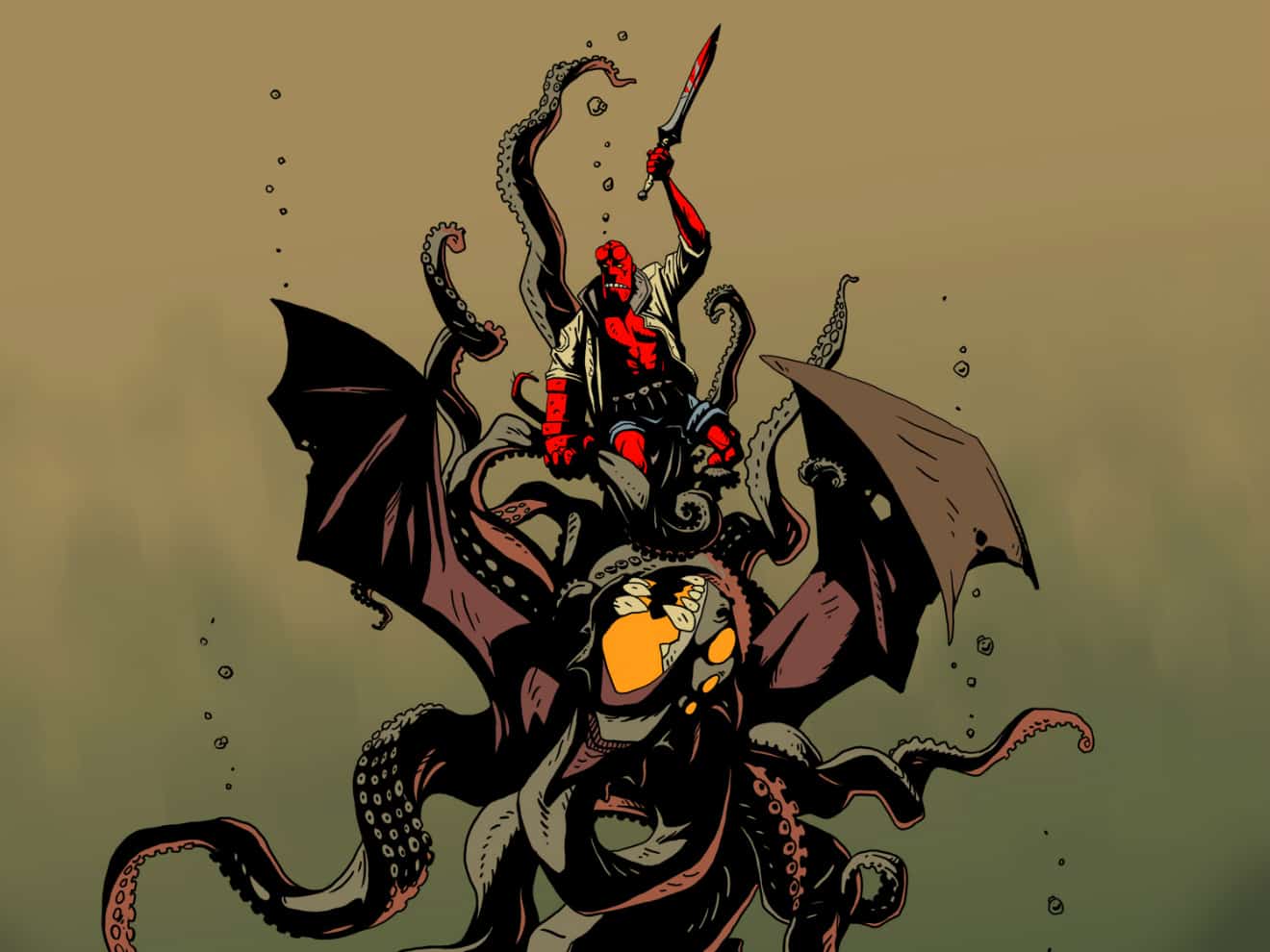 Michael Joseph Mignola established himself as an artist at DC Comics and Marvel Comics, gaining a reputation for moody, dark illustrations with the Batman book ‘Gotham by Gaslight’ (1989). His creation of the character Hellboy was inspired by a variety of sources, including the works of horror fantasist Howard Phillips Lovecraft. Michael Joseph Mignola found humour in matching a large, all-red character fitting the conventional depiction of a devil with the concept of a rough-and-tumble paranormal investigator who approaches dilemmas with a gruff humour and steady resolve. 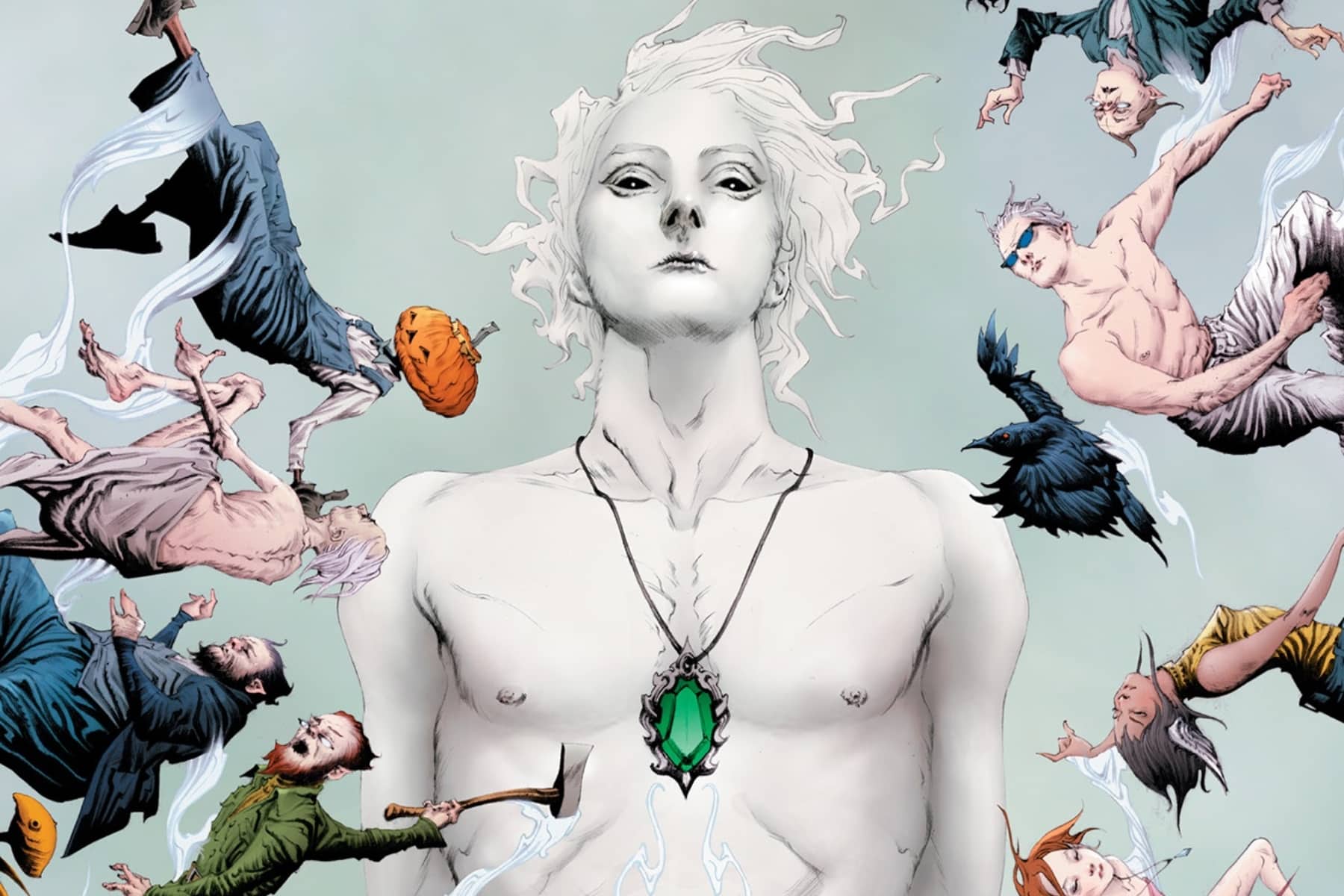 In 1895, the daily newspaper The New York World launched the first United States of America comic strip, ‘The Yellow Kid,’ with the ambition to increase the sales of the paper. Fortunately, the uncanny popularity of the comic strip was the springboard of future publications as press barons realised the potential of the comic strips as a marketing tool.

One warm summer’s night browsing the Internet for no good reason, I stumbled across some book called ‘Batman and Philosophy.’ I had just written a paper on the film ‘The Dark Knight’ but I did not consider actually investing any time or funds in the topic of Batman. Just for the novelty, though, I ordered it. But after reading it I did another basic Google search; I found another Batman book. And then another, and another. 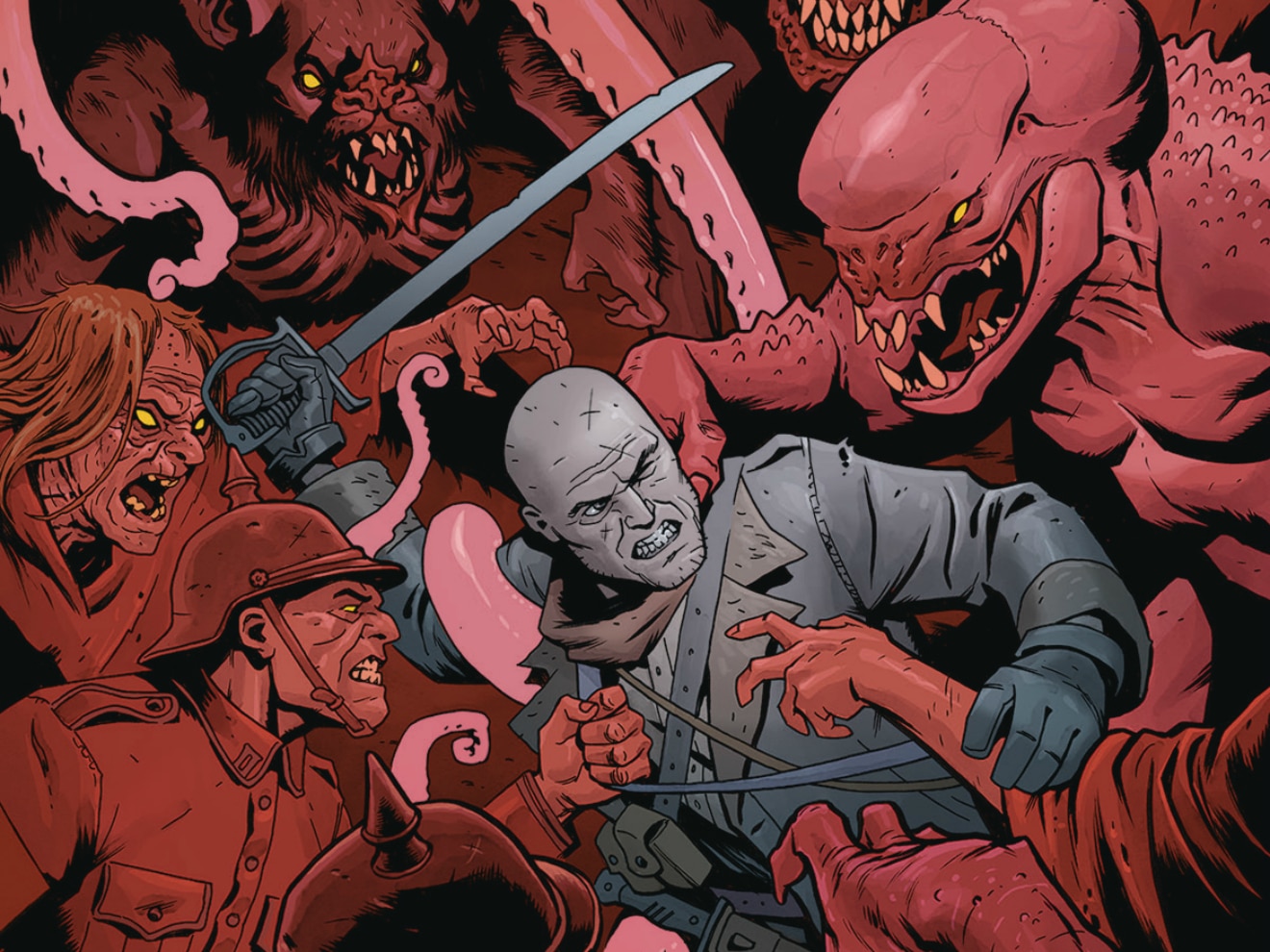 Mike Mignola, the legendary creator of Hellboy and The New York Times bestselling novelist Christopher Golden have reunited for the epic conclusion to their comic Baltimore with ‘Baltimore: The Red Kingdom,’ a five-part comic book series from Dark Horse Comics co-written by Mike Mignola and Christopher Golden, with illustration by award-winning children’s book illustrator Peter Bergting, colours by Michelle Madsen and stunning covers by Ben Stenbeck (known for is magnificent work on ‘Frankenstein Underground’). 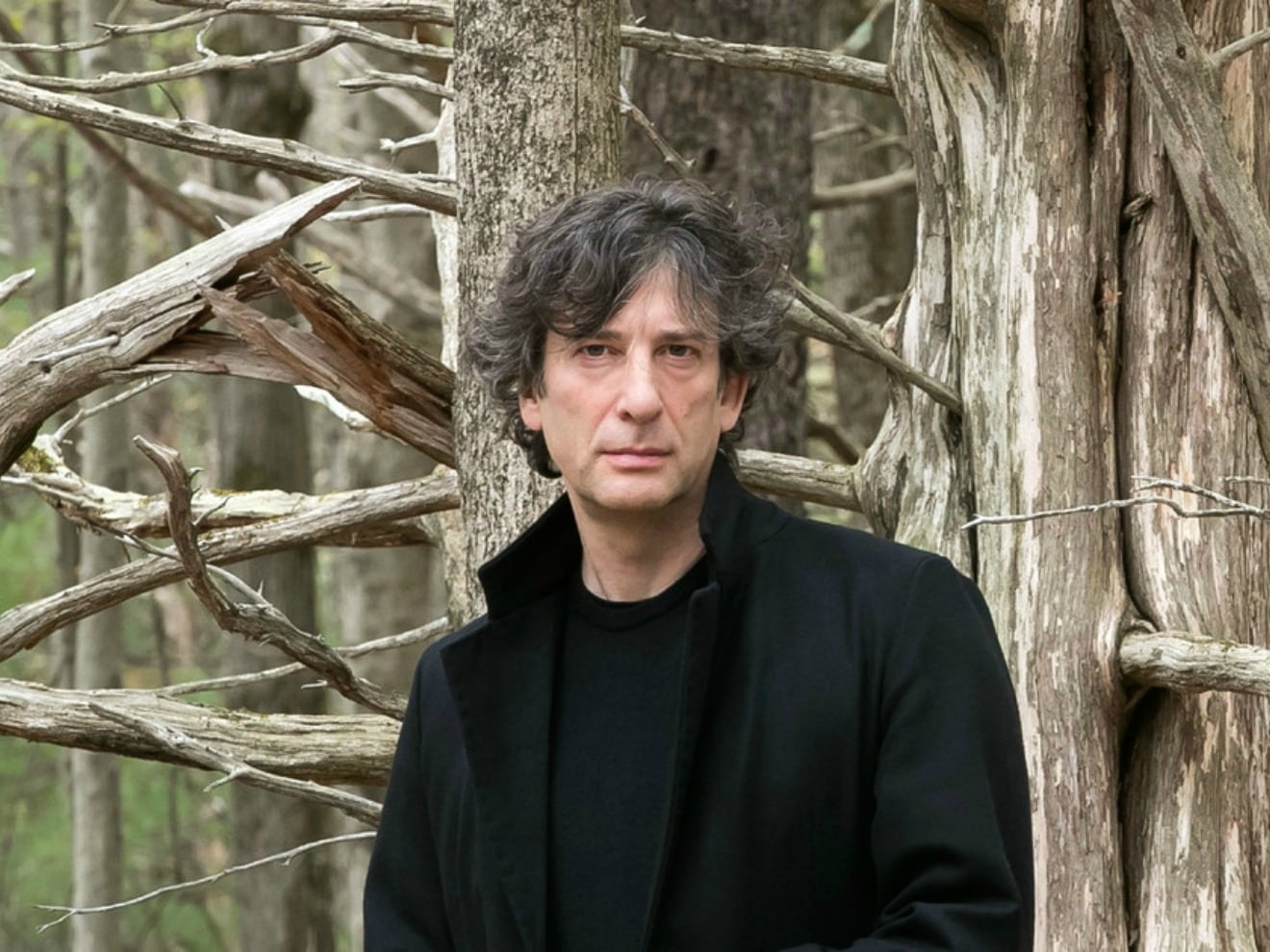 Three decades ago a juvenile writer and artist met in the offices of a telephone sales company. They were both novice talents in search of a way to break into the comic book medium. In this case, they were following up on reports that members of said phone firm were considering backing an exciting new anthology spotlighting fresh creators. As is often the case with such ventures, the anthology never panned out, but it did provide the occasion for the writer and artist to have a chat. They decided they would like to work together, and, after a near miss or two, produced a graphic novel. First published thirty years ago. 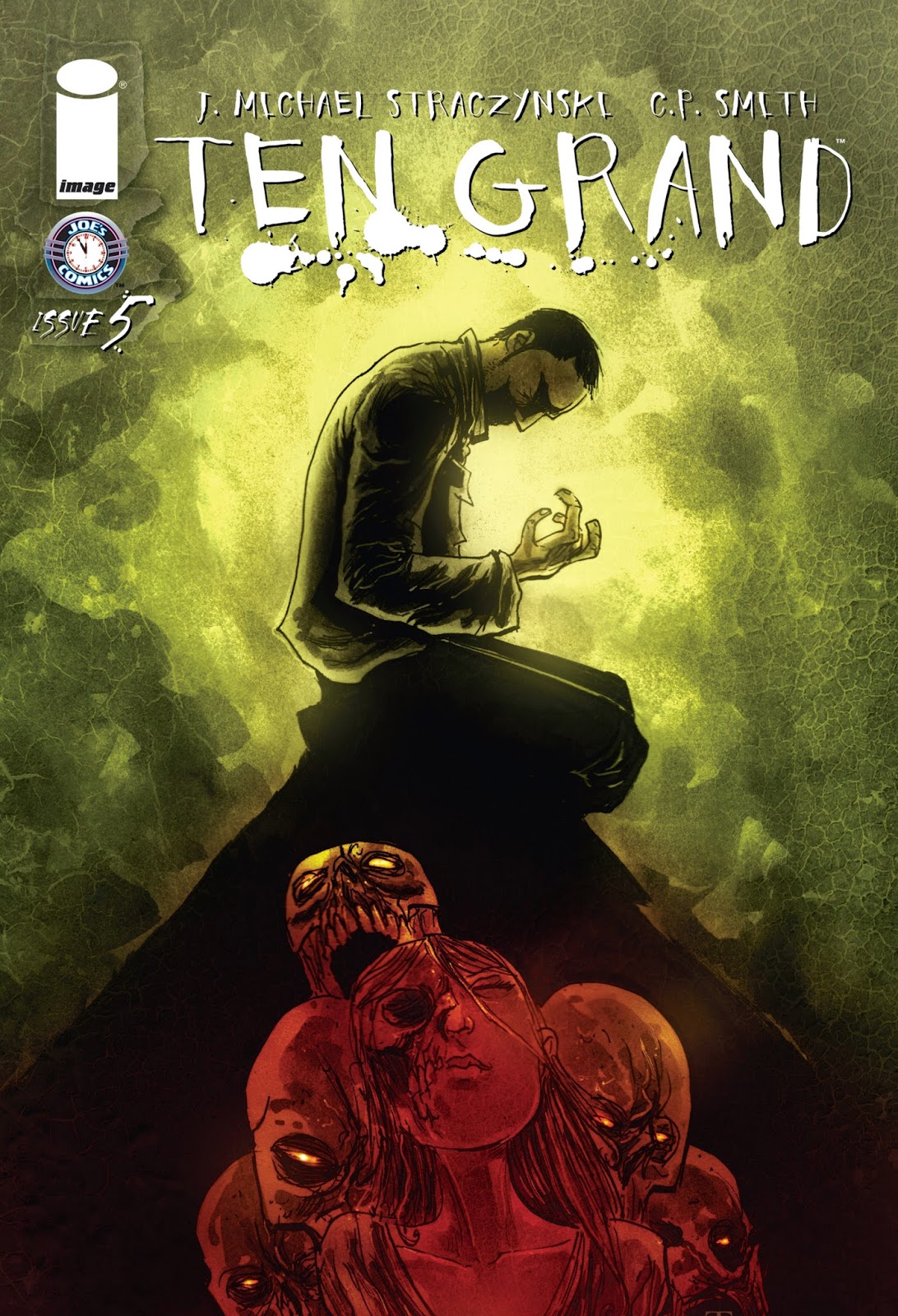 Back in the summer of 2013, Ten Grand swiftly became one of the numerous horror oriented comics books published. It was also the inaugural offering created by Joseph Michael Straczynski, an American screenwriter, television producer and director, and comic book writer that became a prominent name in the Image Comics collective. Ten Grand was a film noir story with a wicked supernatural twist of its own.