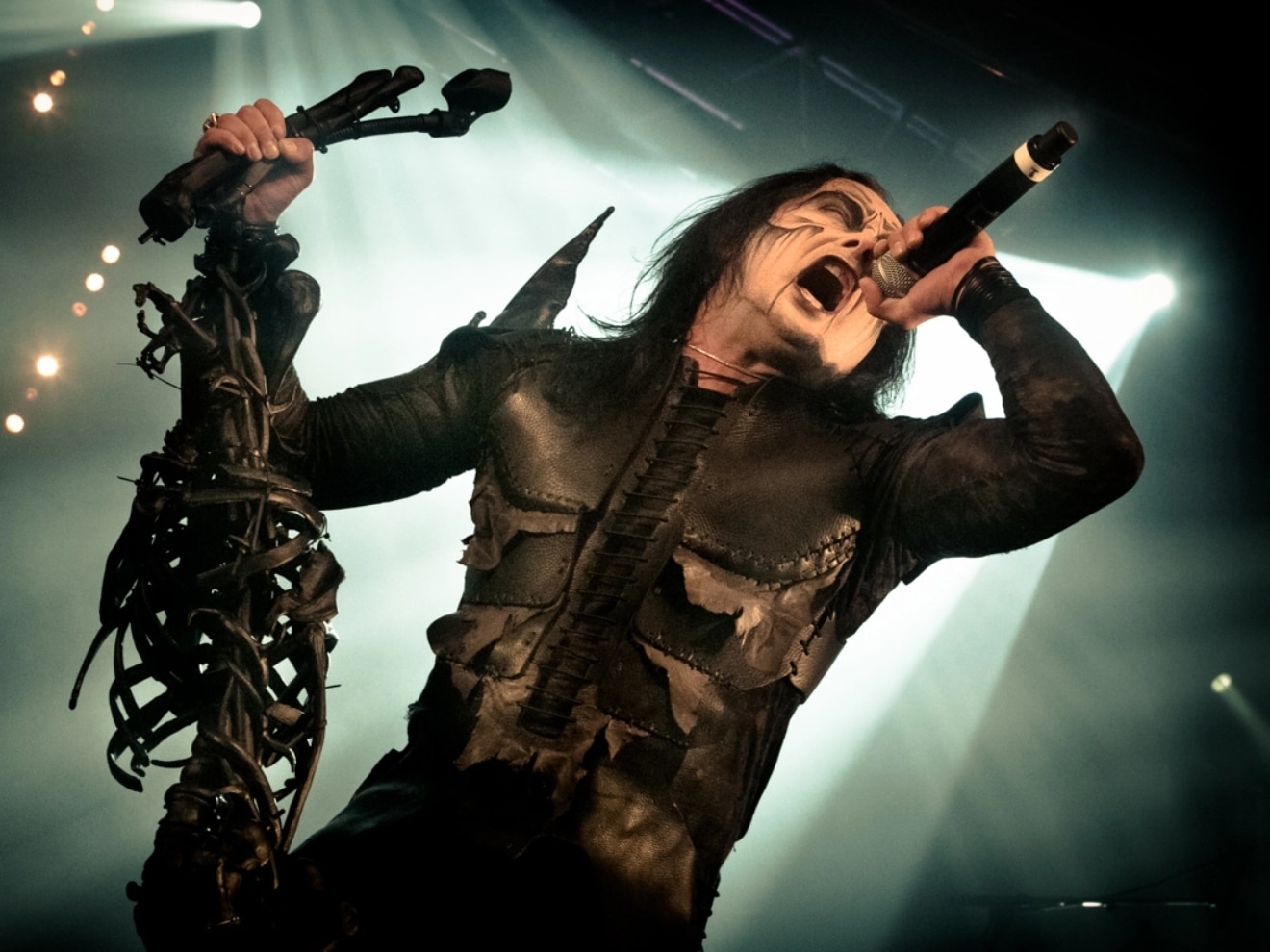 Cradle of Filth are the United Kingdom’s most successful underground metal band, having sold over a million records in the first ten years of their existence alone (Fielder 2001: 49). Over a career that has progressed through ten albums and three decades of touring, the band has acquired a reputation for shock and controversy. 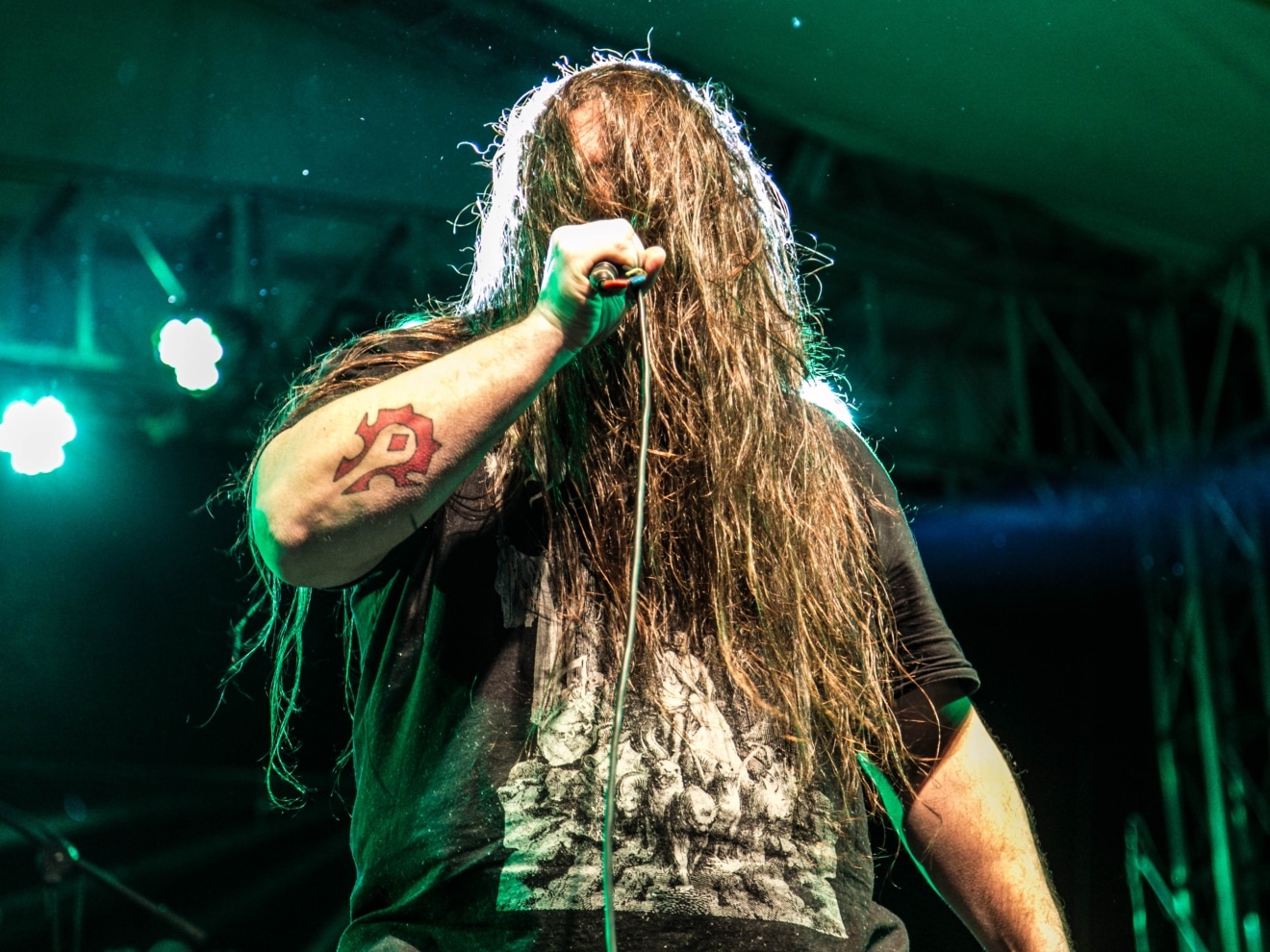 The recent emergence of “affect” as a key term in cultural and communication studies has provided new vocabularies for describing dimensions of experience previously neglected in analyses focused on wider questions of social identity and structural inequality. Yet at the same time as it has opened up productive new avenues of theory and analysis, questions of “affect” have been incorporated somewhat unevenly within the cultural study of popular music, due to the unease that growing interest in the experiential dimensions of cultural experience may ultimately eclipse more practical material and sociological concerns. 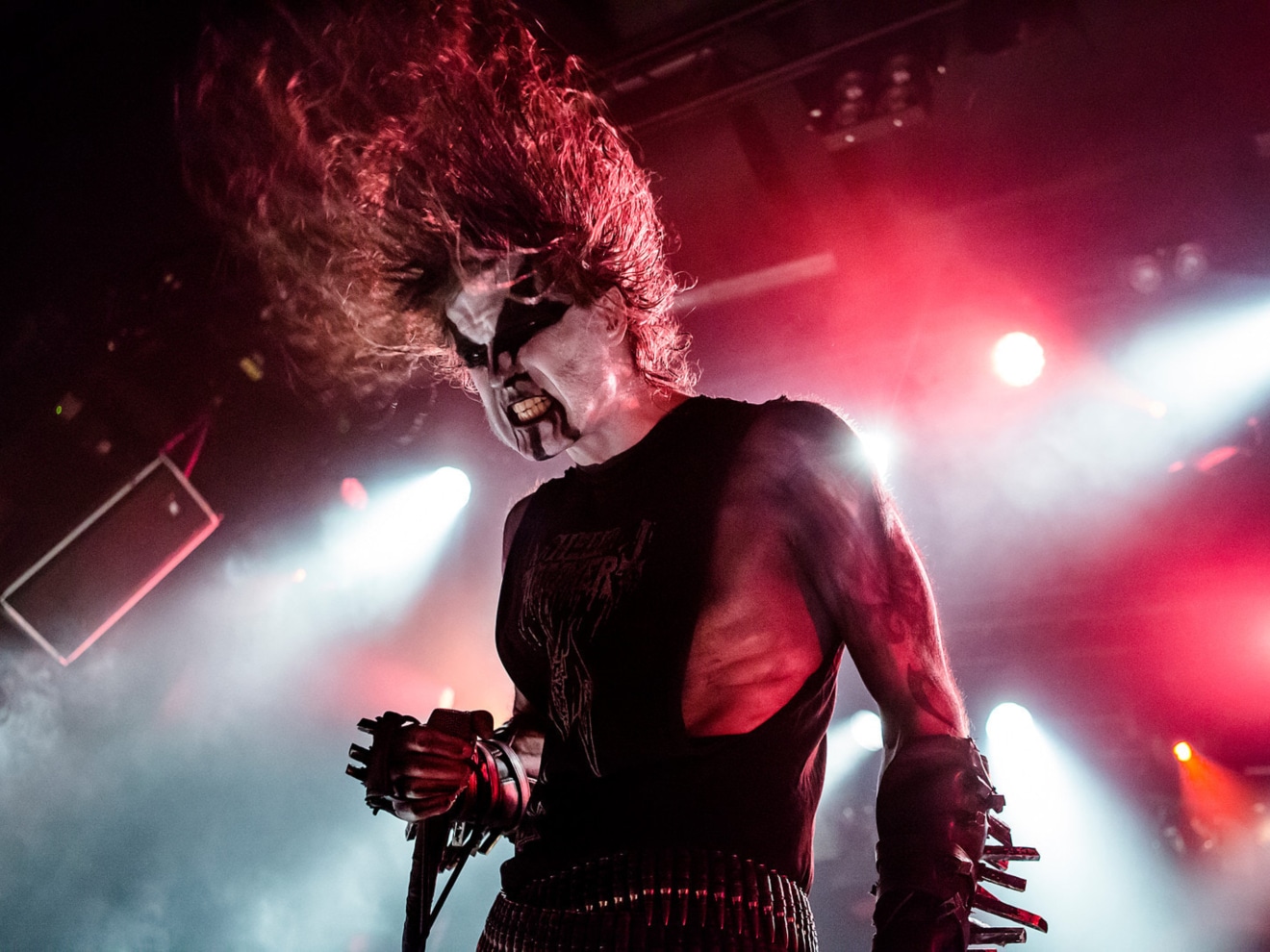 Its history throughout the past four decades has been one of significant commercial success, but it has also constituted a primary target for many different forms of attacks and criticisms, stemming from a variety of sources, including journalists and critics, parental associations, religious groups or even political figures. As passionately supported as fiercely condemned, heavy metal has hardly been able to generate indifference; on the contrary, reactions to it have been quite as extreme as the music itself, hinting that there is probably more to it than many would wish to acknowledge. 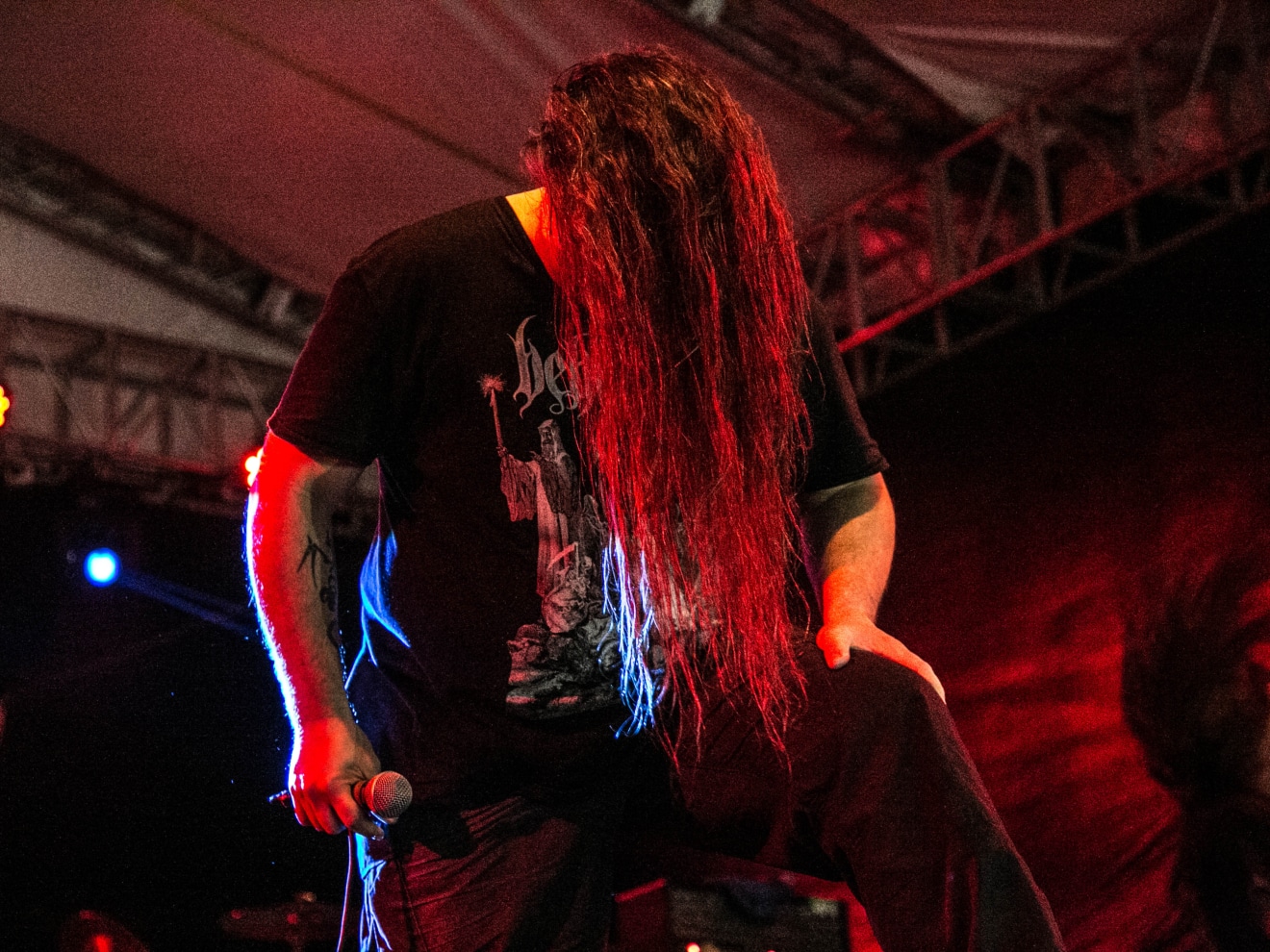 Gore and pornography is by no means a new combination in entertainment. Despite the wealth of literature examining this union in cinema, however, relatively little exists in regard to the blending of carnage, gore and pornography within music. Nonetheless, this “carnography”1 has played a formidable role in the lyrical and artistic content of many musical acts, often manifested in horrific depictions of sexual violence that far exceed anything that could be represented on screen. 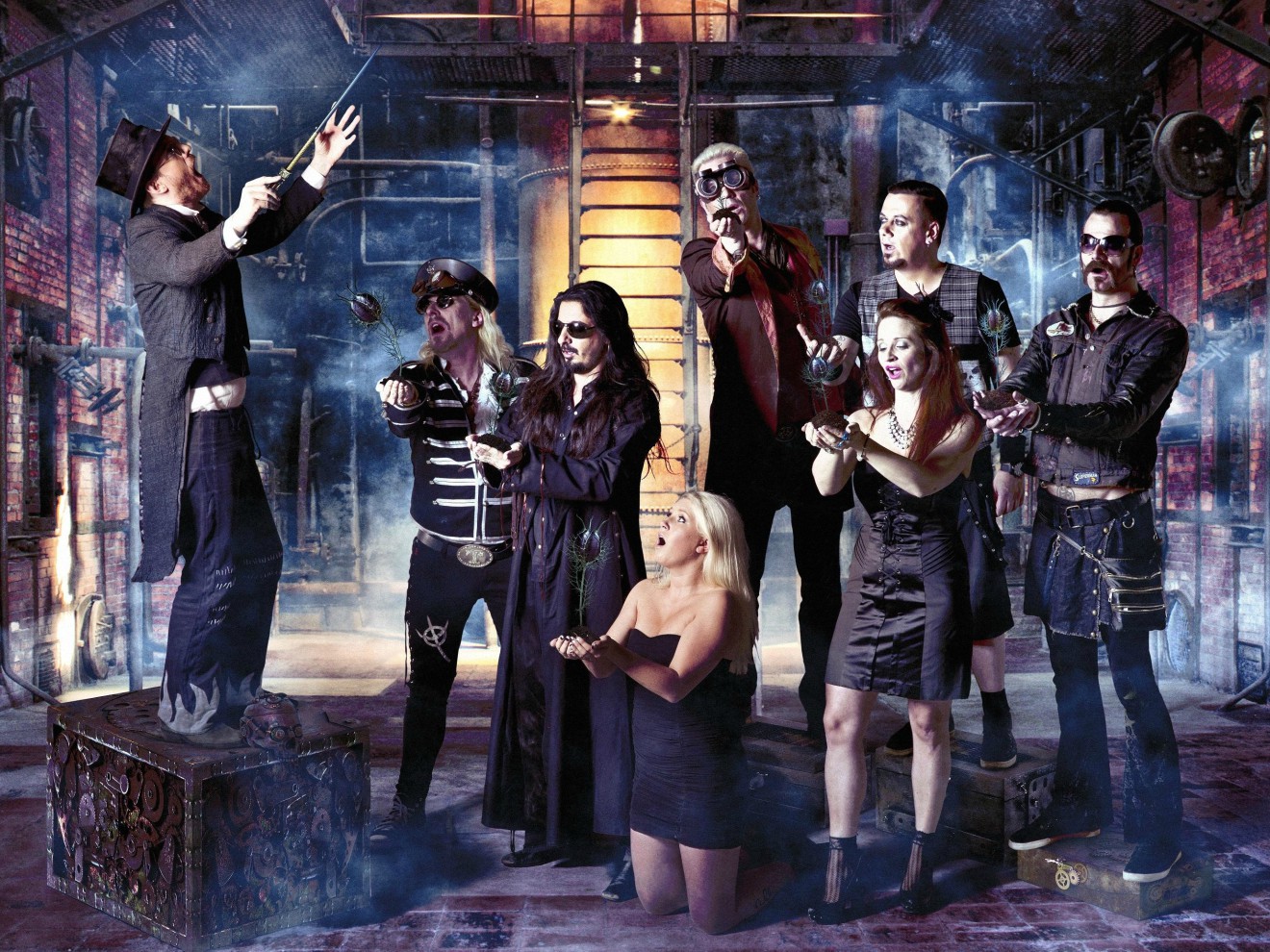 The prehistory of Therion lies in the band Blitzkrieg. The band was formed in 1987, in Upplands Väsby in the county of Stockholm, Sweden, with high school students Christofer Johnsson on bass and vocals, Peter Hansson on guitar, and Oskar Forss on drums. Influenced by thrash metal bands such as Metallica and Slayer, but reportedly sounding more like Venom and Motörhead, the band did only two shows, both at their high school, before splitting up in 1988. Later the same year the three young musicians again joined forces to form the band Megatherion, this time influenced by the death metal band Celtic Frost in terms of both the music and the name of the band itself. Christofer Johnsson had switched from bass to guitar and the trio was soon joined by bass player Erik Gustafsson, who had previously played in the death metal band Dismember. The band name was shortened to Therion, at the suggestion of Erik Gustafsson, and the demos ‘Paroxysmal Holocaust’1 and ‘Beyond the Darkest Veils of Inner Wickedness’ were released in 1989. The demo ‘Time Shall Tell’ was released on vinyl by local record store House of Kicks in 1990. It caught the attention of Deaf Records (a record sublabel of Peaceville Records) who subsequently released Therion’s debut album ‘Of Darkness’ in 1991. 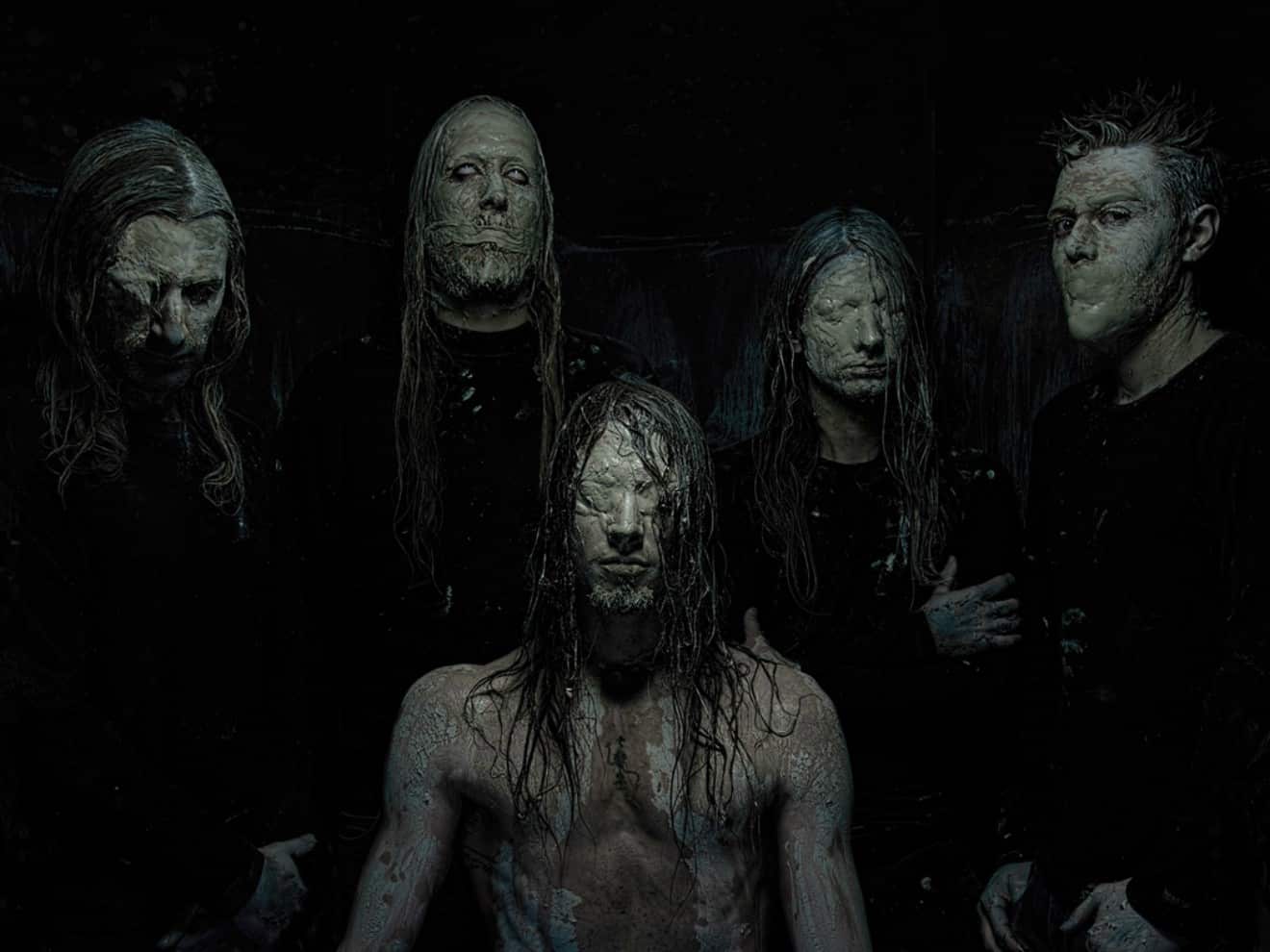 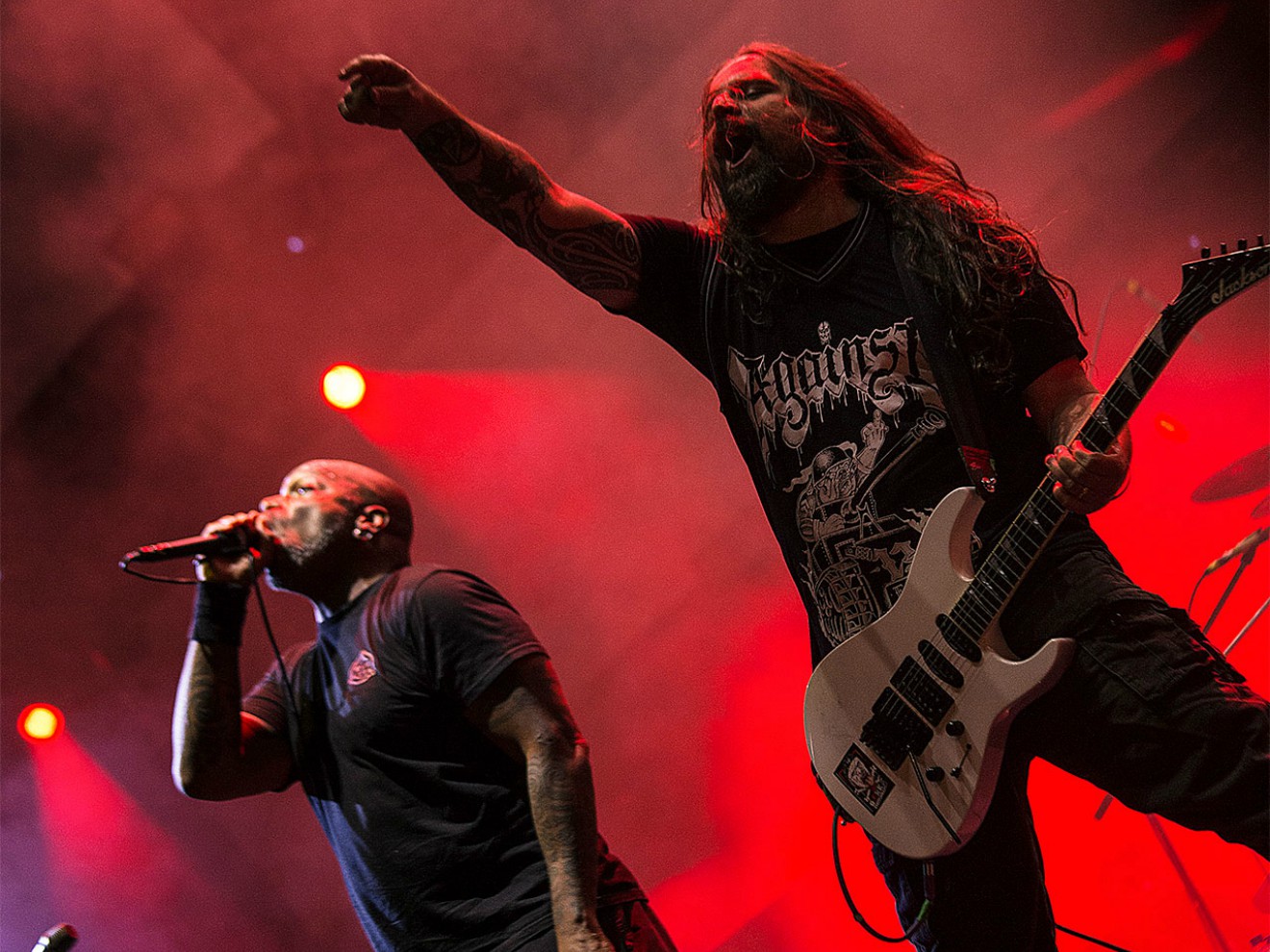 Music’s “malleability” has always facilitated its export and import from one location to another. Indeed, such processes are central to the creation and dissemination of new musical forms. Yet in our contemporary globalised world, such processes occur ever more extensively and rapidly giving rise to new forms of appropriation and syncretism. Record companies from the developed world find new audiences in the developing world. Musicians from the West appropriate non-Western music, sometimes collaboratively. Non-Western musicians and musicians from subaltern groups within the West create new syncretic forms drawing on both Western and non-Western music. The resulting “global ecumene” produces considerable “cultural disorder” whose results cannot easily be summarised.

The Christian Right has long been a powerful and vocal component of American culture, influencing corporate and government policy in the name of family values. In an effort to maintain moral ground, fundamentalist activists have found, and derided, Satan’s impact in a wide array of activities, many of them rooted in popular culture. In the same vein that ostensible witches were hunted and persecuted in fifteenth-century Europe, so Lucifer is rooted out in such insidious occult areas as board games, television, children’s movies, and pop music. Any mention of New Age spirituality, astrology, witchcraft, or the Devil himself is viewed as the epitome of evil. Parker Brothers’ ouija board, fantasy role-playing games, and Black Sabbath have all been singled out for their Satanic influences. The following introductory article aims to focus specifically on one such figure in an attempt to understand the nature of this derision and how it may be evolving in the new millennium. 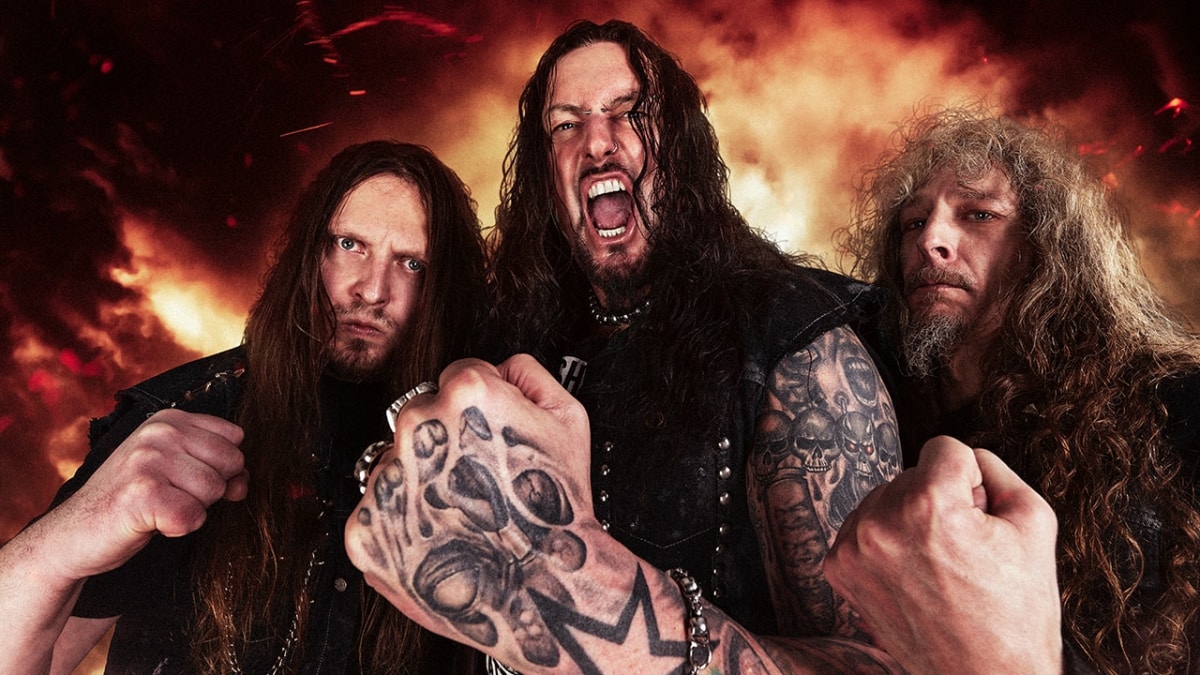 With thirty-three years of history on their back, German veterans of thrash metal Destruction commenced recording their fourteenth studio record, ‘Under Attack’ after the summer festivals last year and tracked segments in various studios between September 2015 and January 2016. They finished the drum recordings with Martin Buchwalter at Gernhart Studios in Germany and mixed and mastered with VO Pulver at Little Creek Studios in Switzerland. 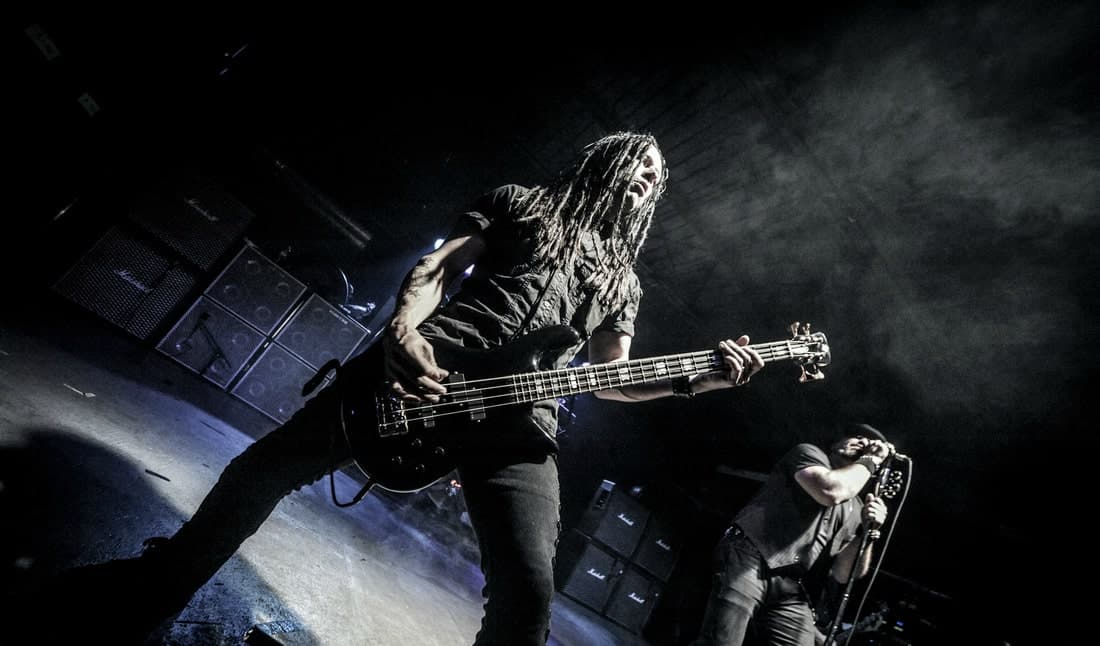 Honor Courage Commitment, Inc. started the #22KILL movement in 2013 after learning about the staggering statistic that an average of 22 veterans is killed by suicide every day. They are committed to researching and understanding the genesis of this epidemic and educating the general public on the issue. #22KILL is a platform to raise awareness not just towards veteran suicide, but also to the issues that can lead them to suicide. These mental health outcomes can stem from Post Traumatic Stress, Traumatic Brain Injury, or the struggles and stresses of transitioning from military to civilian life. 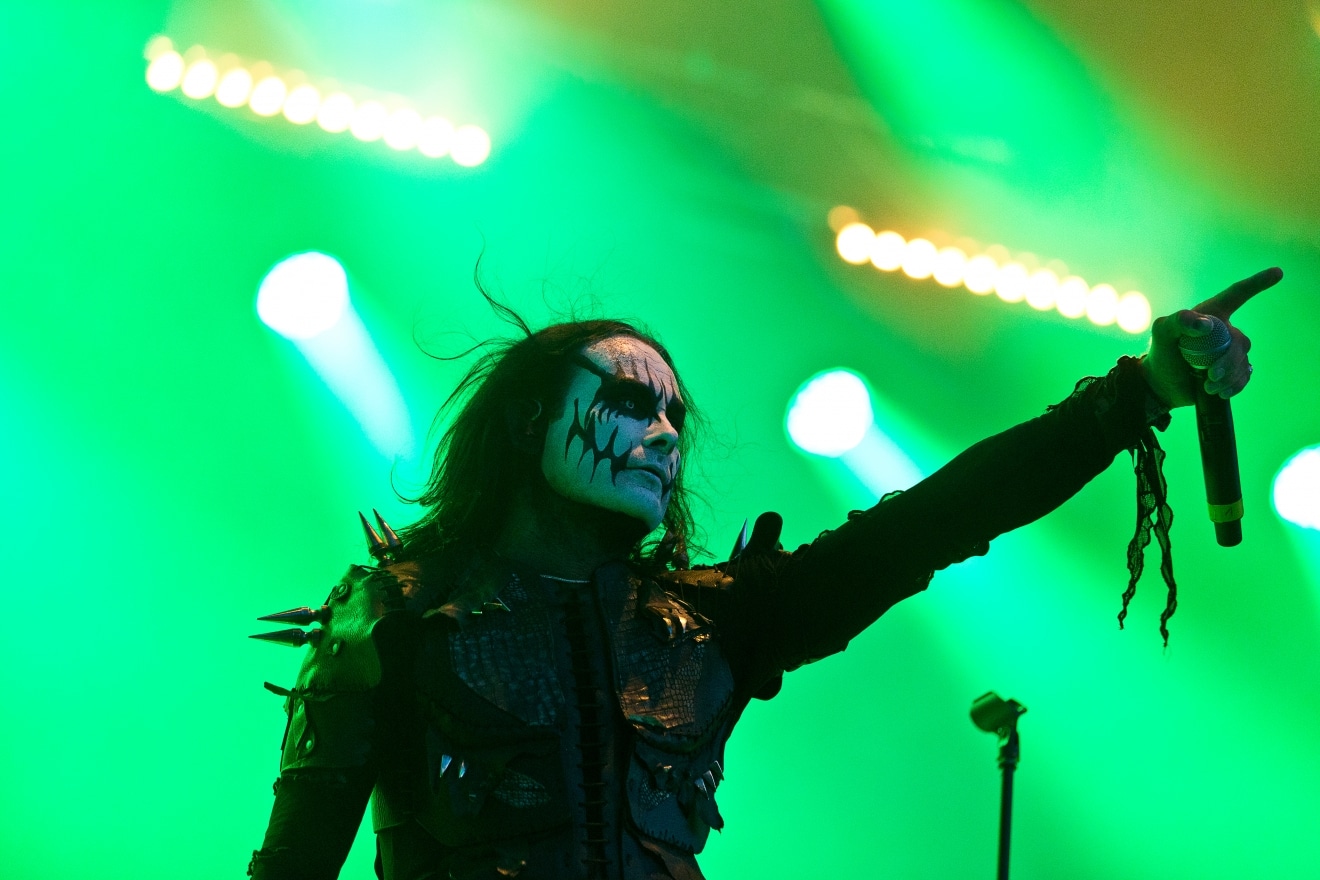 British deviants, Cradle Of Filth announced their 20th Anniversary reissue of ‘Dusk And Her Embrace’ which will feature the original 1995 tapes for the first time. Since their announcement, it has a top rock story. ‘Dusk And Her Embrace… The Original Sin’ will be released on July 8th, 2016 to celebrate its 20th anniversary. The reissue will feature the acts previously original and inaudible recordings from 1995. They were never used due to a legal battle with Cradle Of Filth’s record label at the time, Cacophonous Records, which is present, one of the most prominent and esteemed British record labels in underground metal history, Cacophonous Records had a huge impact on the nascent black metal scene in the ’90s. 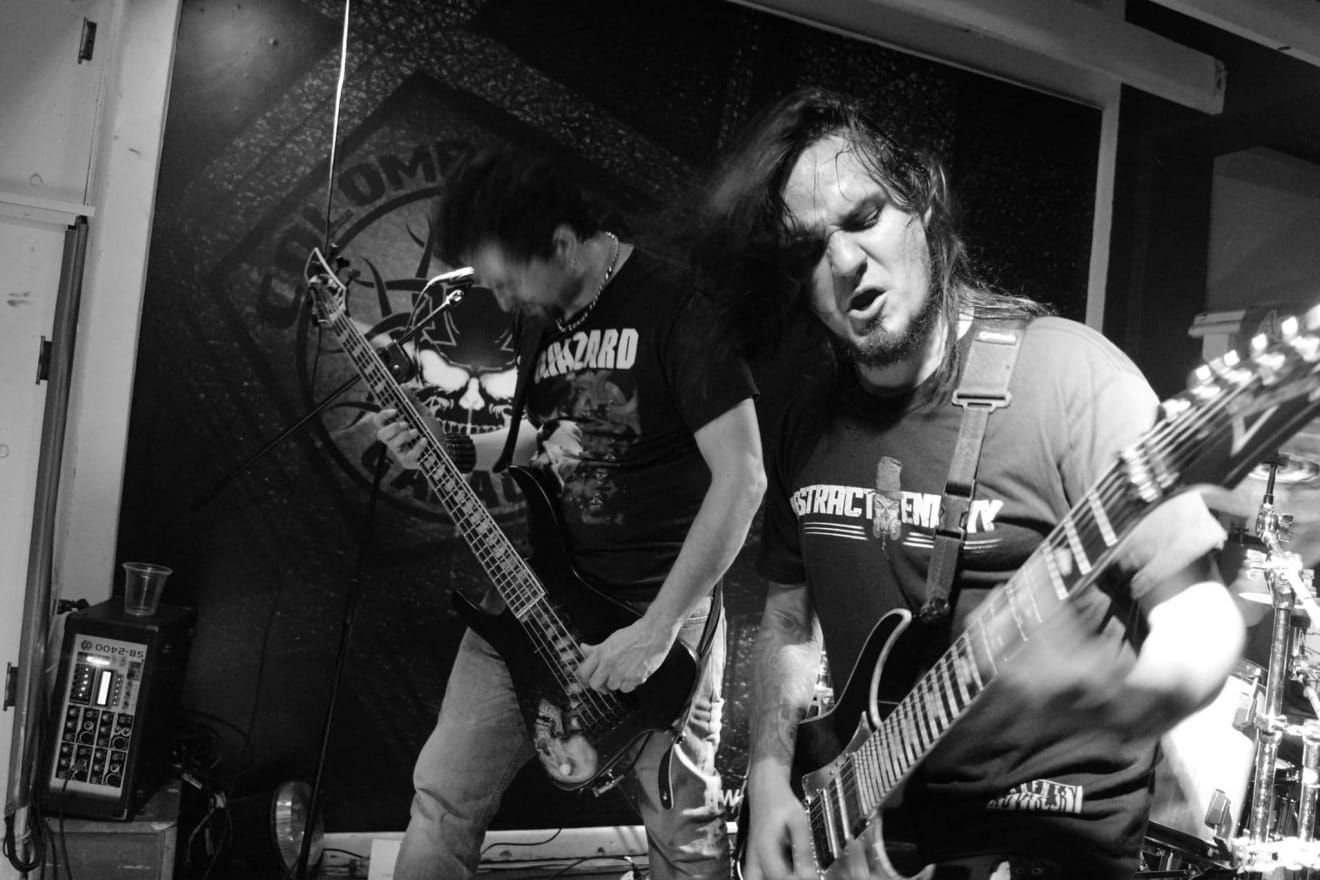 When you grew up in a country with such diverse cultural roots, it would seem almost impossible not to turn to them for inspiration. Kariwa, an emerging band from the highlands of Colombia, turned their in our pre-columbine heritage, more accurately, in the deep rain forest of the Amazon and Orinoco river Basin. This Friday, Kariwa will release the video for their first single called ‘Metal-É’ at Acido Bar in Bogotá, Colombia. 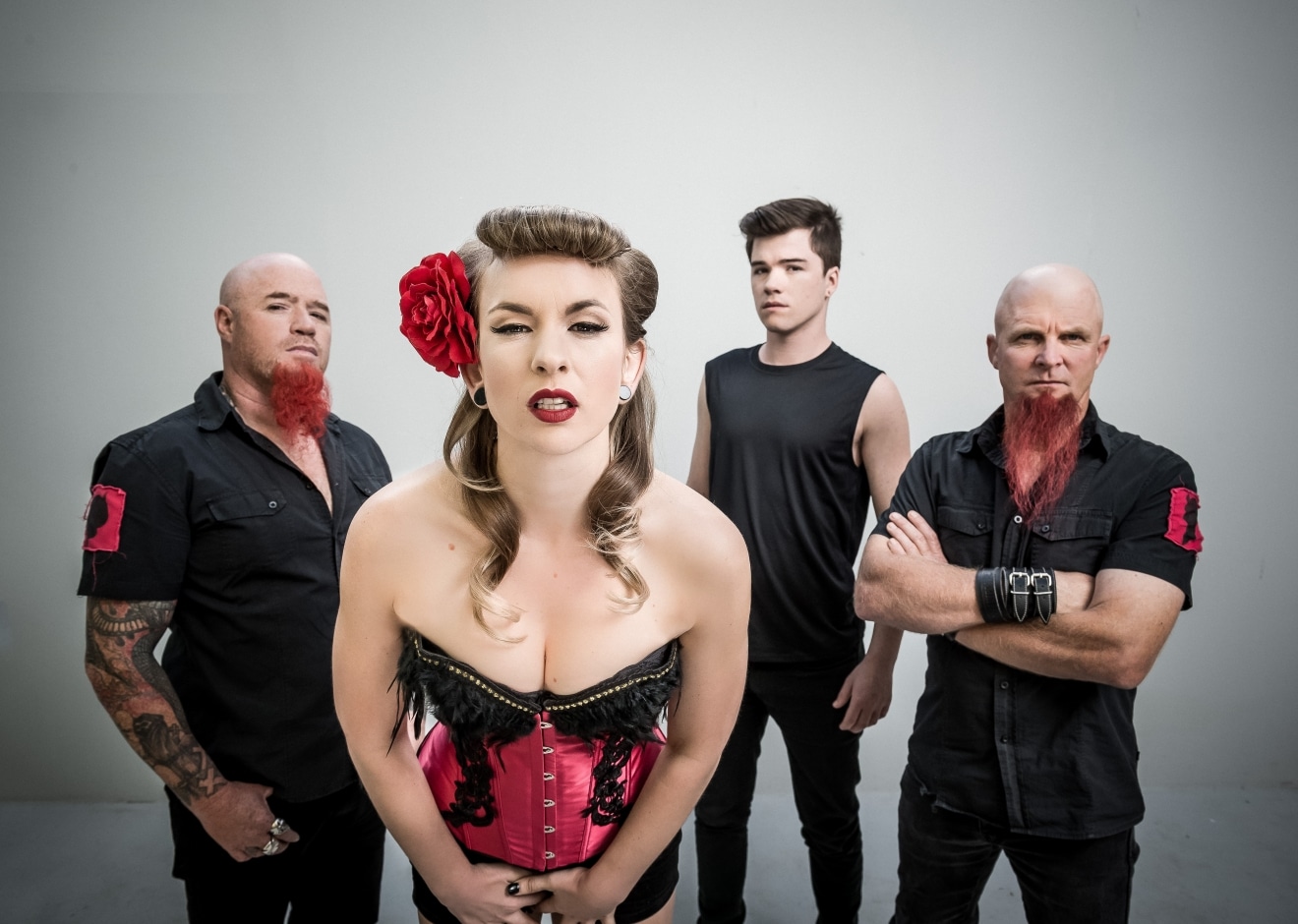 Devilskin is a four-piece band from Hamilton, New Zealand formed in June 2010. The band features Jennie Skulander on vocals, and ‘Never See The Light’ is their newest single, a roller coaster of a song, the powerful driving bass riff at the beginning is a portent to the emotive dynamism the song has. It is truculent, compelling and gripping. The message and the intensity behind ‘Never See The Light’  are very dear to Devilskin’s hearts. 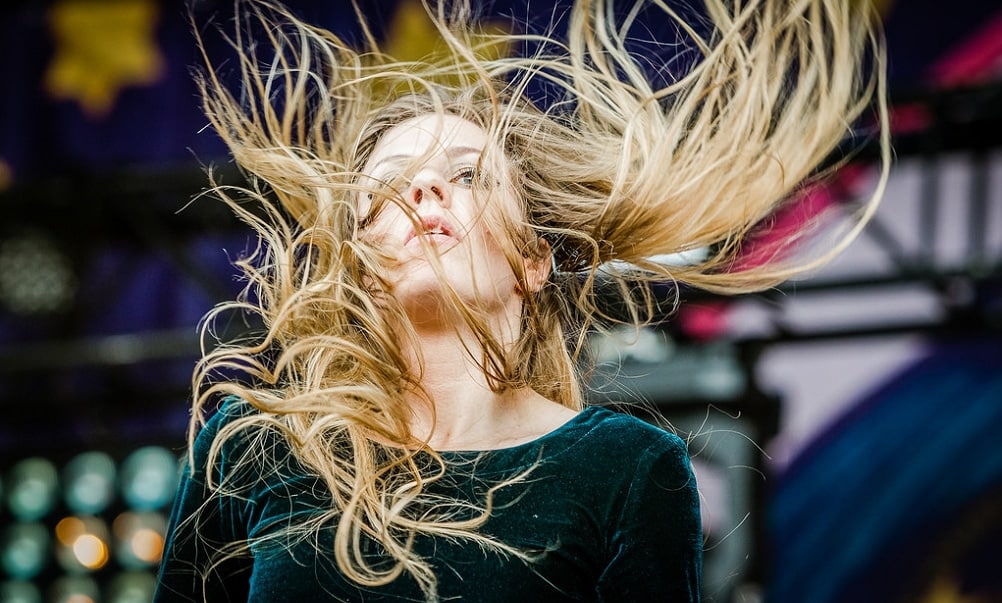 Rare and far between are the debut albums that make the kind of impression that made the 2014 self-titled offering from multinationals Blues Pills, which seemed to inspire followers as soon as it arrived. And Blues Pills are a group of musicians who quickly became one of the most acclaimed and entertaining bands in music, lost in time and space 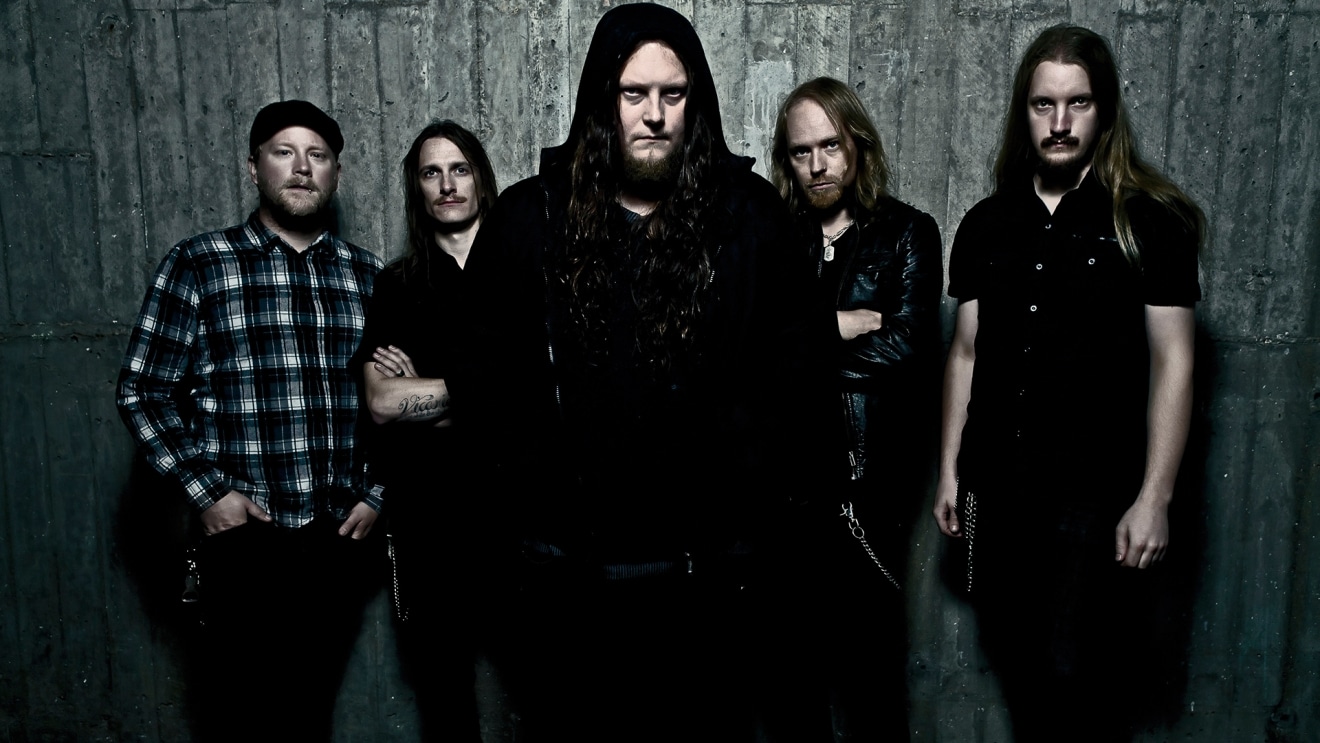 The Swedish profoundly saddened nostalgic contours of dark progressive metal with a melancholic rock vibe arouse yielding the mastery of Katatonia, who have lately unveiled furthermore details of their tenth studio album, entitled ‘The Fall Of Hearts’ which is due for release on May 20th, through British long-standing record company, Peaceville Records. Adjacent to the details of their upcoming release, the Swedish also published a new video, trailing the album as well as the official tracklisting.