The history behind Gothic architecture innovations 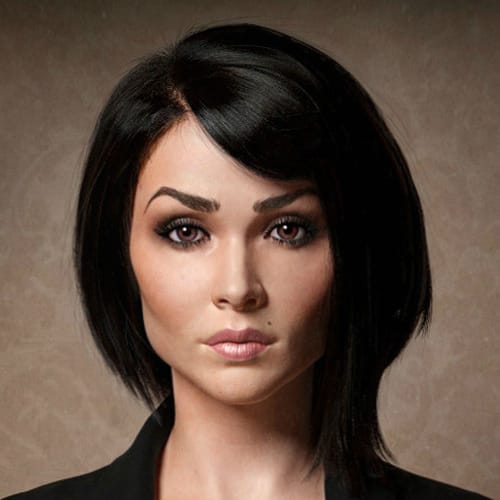 Florentine historiographer Giorgio Vasari (1511–1574), the Italian painter, architect, writer and art-historian, was the first to label the architecture of preceding centuries “Gothic,” in reference to the Nordic tribes that overran the Roman empire in the sixth-century.

Giorgio Vasari implied that this architecture was debased, especially compared to that of his own time, which had revived the forms of classical antiquity. Long since the travel of derogatory connotations, the label is now used to characterise an art form based on the pointed arch, which emerged around Paris, France in the middle of the twelfth-century, was practised throughout Europe, and lingered in some regions well into the sixteenth-century.

Gothic architecture is the result of an engineering challenge: how to span in stone ever-wider surfaces from ever-greater heights? While most early medieval churches were covered with timber ceilings, many Romanesque buildings have either stone barrel vaults (id est, semi-circular) or groyne vaults (id est, bays of barrel vaults crossing at a right angle). Their walls are necessarily thick to counter the outward thrust of the vault, and they allow only small windows. From 1100 onward, architects experimented with innovations that, once properly combined, allowed the dissolution of the wall and a fluid arrangement of space. For example, they adopted the pointed arch, which has a lesser lateral thrust than the round arch and is easily adaptable to openings of various widths and heights. They also developed a system of stone ribs to disperse the weight of the vault onto columns and piers all the way to the ground; the vault could now be made of lighter, thinner stone and the walls opened to accommodate ever-larger windows.

Equally important, flying buttresses began to appear in the 1170s, whose vertical members (uprights) are connected to the exterior wall of the building with bridge-like arches (flyers). These external structures absorb the outward thrust of the vault at set intervals just under the roof, making it possible to reduce the building’s exterior masonry shell to a mere skeletal framework.

The new architectural grammar was first coherently articulated in the ambulatory (chevet) of the royal abbey church of Saint-Denis, north of Paris, built under Abbot Suger between 1140 and 1144. Two concentric aisles are separated by slender columns: the outer aisle is covered by five-part and the inner aisle by four-part rib vaults. The resulting effect is one of clear spatial distribution and organic lightness: the bays are opened on all sides and the walls of the radiating chapels, no longer load-bearing, have large openings filled with stained glass.

With growing self-confidence, architects in northern France, and soon all over Europe, fought in a race to conquer height. The vault of each new cathedral strained to surpass that of its predecessors by a few meters. The dramatic collapse in 1284 of the tallest among them, Beauvais, marked the vertical limits of Gothic architecture. Its choir and transept were rebuilt soon afterwards to the original forty-eight meters, now supported by twice as many flying buttresses.

The typical rise of a Gothic cathedral interior, with storey upon the corresponding storey, draws the gaze to the highest point in the vault, in an irresistible upward pull symbolic of the Christian hope of leaving the terrestrial world for a heavenly realm. Such a transcendent experience of architecture is reinforced by the rich stained-glass windows, sometimes spanning the entire height of the edifice.

Adorned with scenes from the Bible, the lives of the saints (Scenes from the Passion of Saint Vincent of Saragossa and the History of His Relics, 24.167a-k), or with larger figures of prophets and other personages, stained-glass windows were central to the perception of the cathedral as a compendium of the Christian faith. Throughout the thirteenth-century, an obligatory feature in most cathedrals was the monumental rose-window with God, Christ, or the Virgin at its centre surrounded by the cosmos. The shimmering, coloured light called to mind the heavenly Jerusalem described in the Book of Revelations (the Apocalypse) as a city of gold and precious stones.

The Last Judgment often carved on the tympanum of the main portal was a stark reminder of the solemnity of the space the faithful were about to enter. It is on the west facade of Saint-Denis, around 1140, that portal was first flanked by standing figures, known as jamb statues (Head of King David, 38.180), a format repeated ever since. With their insatiable demand for figurative sculptures to adorn portals, archivolts, tympanums, choir screens (Head of an Angel, 1990.132) and foliate capitals for the interior, cathedrals and churches were crucibles of sculptural innovation. Teams of sculptors laboured for years on the decoration of a cathedral, before moving to another site, thereby disseminating styles over wide regions. Some of the sculptors active on the west facade of Reims Cathedral, for example, later contributed to the sculptural program of Bamberg Cathedral, several hundred miles away. The stylistic language first formulated in stone on a monumental scale resonated in other media. In their elongated curved pose and enigmatic smile, the wooden altar angels at The Cloisters (52.33.1), and several like them, ultimately derive from their cousins on the west facade of Reims Cathedral.

Gothic vocabulary gradually permeated all forms of art throughout Europe. Pointed arches, trefoils, quatre lobes, and other architectural ornaments were adopted on metalwork, such as reliquaries and liturgical vessels (17.190.360), on rich ecclesiastic vestments (27.162.1), on precious diptychs intended for private devotion (1980.366; 1970.324.7a,b), on illuminated manuscripts (1990.217), as well as on secular items such as furniture, combs, or spoons. Subject to regional and temporal variations, Gothic art shaped human perception in Europe for nearly four centuries.

Gothic architecture as surface throughout Europe in its splendour which until modern days, remains as a overshadowed part of our history, layering mysteries yet unfold and many of these buildings, are still subjected to studies. Through our pages, we have covered what we consider to be, the most predominant side of its purposes and constructions, advancing some careful written articles while sharing more knowledge about these constructions of epic dimensions that greatly, impacted us as society and religious sects.

If there is any particular building you would like us to cover in our pages, feel free to share your viewpoints with us, which are more than esteemed by leaving a response or your constructive criticism to this article, besides further suggestions for future articles in the comment section. Plus, you may prefer to subscribe to our newsletter by filling out the form below in order to keep yourself refreshed with our most contemporary publishings. 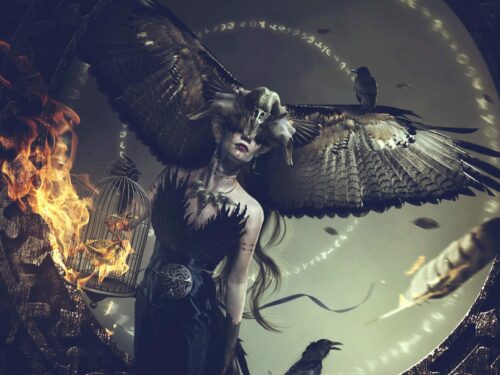 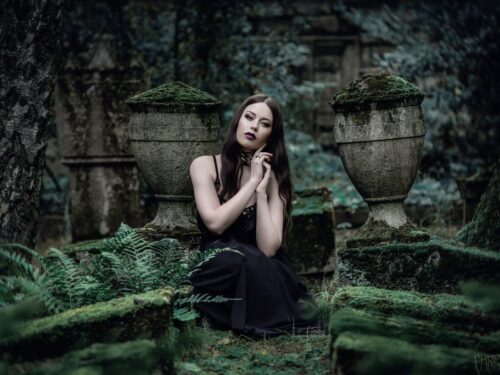 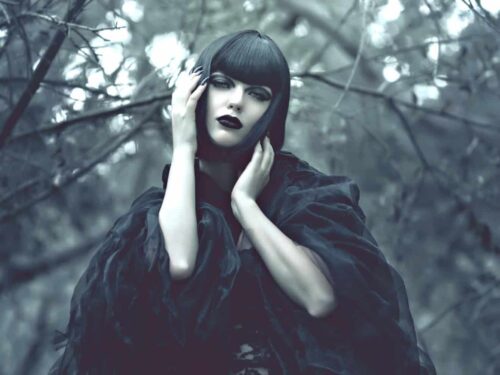 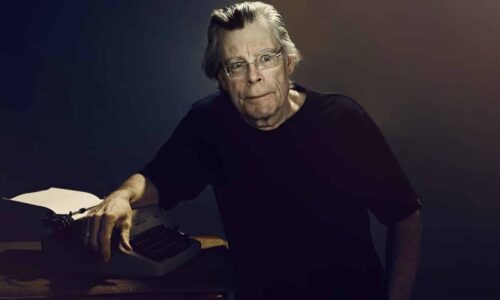 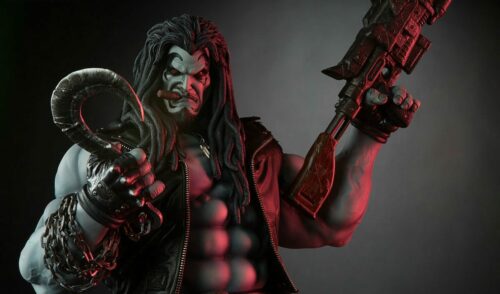 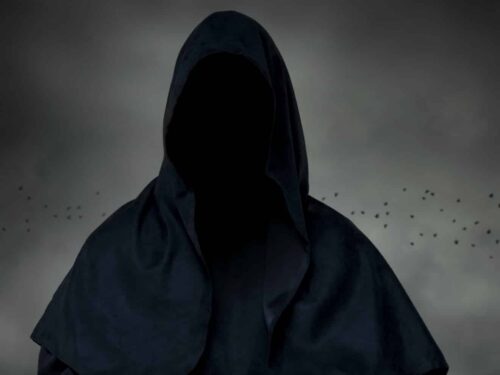 Popular Belief In Supernatural Agents In The Face Of Death 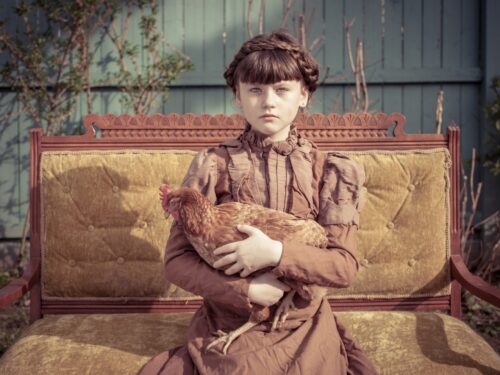 The British Infanticide: A Poisonous Motive to Murder
05. Regulars