The Origin and Development of the Creative Goth Subculture 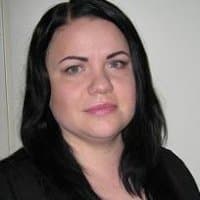 The origin of the word Goth is connected to the Roman Empire but has little or nothing to do with the subculture. Goths were a Germanic tribe who helped in the defeat of the Roman Empire. In contrast, the gothic novel of the eighteenth-century is a pioneer of the modern understanding of the term gothic by being a genre related to the mood of horror, morbidity and darkness.

It has also established a lot of the iconography of horror literature and cinema, such as graveyards, vampires and melodramatic plots. Goth subculture itself started as a less aggressive but more extravagant offshoot of post-punk music genre in the late 1970s in the United Kingdom. (Telegraph.co.uk, Thompson, D. 2002, 48-50.)

The term Gothic, in relation to music, was first used by the band manager of Joy Division, Anthony H. Wilson when he described the band as “Gothic compared with the pop mainstream” in 1979. Joy Division was one of the pioneers of Gothic music alongside such names as Bauhaus, Siouxsie and The Banshees and The Cure.

Joy Division were short-lived because their vocalist Ian Curtis soon committed suicide, but left a permanent mark and their name as the founders of gothic music. As the scene started out as a music genre, it still remains the core and true essence of the subculture, as opposed to many people using the term in relation to the way they dress or the parties they attend, the true spirit of the subculture lies in its music. (Goth.Net, Thompson, D. 2002, 48-50.)

Gothic rock evolved out of post-punk during the late 1970s. At the beginning of the 1980s, one band jokingly labelled the newly emerging movement “gothic”, and so it changed from a label for a few bands to a label for a movement. In general, punk was an aggressive rock when gothic bands were more introverted and personal, with elements that refer to a gothic novel.

The opening of the legendary Batcave, a venue for rockers with a darker twist in London, helped the Gothic rock scene finally turn into a subculture. A variety of music used to be played and there were no classifications in the patrons.

As most of the bands were part of a greater new wave/post-punk generation, it was common for many of them to deny their connection to the term Goth. Only in recent years has it become a fashion for bands to actually brand themselves Goth before anyone else does. (Starvox Music Zine, Thompson, D. 2002, 48-50.)

The subculture began out of the dissatisfied youth hailing from the middle class as a way for them to create their own cultures dissimilar from the society that was ruled by materialism and elitism.

Goth, as a subculture, is not prejudiced against different sexualities, races, religion or age and for this reason, can easily be compared to the likes of hippy movements. It is commonly known that Goths stand out from the street scene in their dark attire but a study by Sussex University states that parents should not be worried if their teenage children suddenly start dressing accordingly.

On the contrary, they should rejoice since according to the study, which examined the Goth scene across Europe, “bourgeois” Goths are middle class to the core — a very refined, sensitive group, keen on old literature and not big on anti-social behaviour. (Telegraph.co.uk, Thompson, D. 2002, 50-51.)

In mid 1980’s most post-punk bands faded, and punk had disappeared, so during this time most gothic bands either broke up or came to the resolution of changing their style. The punk clothing and hairstyles mellowed, and the original idea of society’s rejects stayed as the cornerstone of the subculture.

As happens with each subculture, Goth has expanded too but sometimes change results in rebellion. Today Goth style is in many ways an anti-fashion statement, but that has not stopped it becoming trendy among popular culture and mainstream, even in Hollywood.

On the contrary, Goth can be easily used as a statement against society or its values by taking some of the concepts of the gothic novel and using them as props. As different is always considered dangerous, and media has such a significant effect on the decisions of society, things like Satanism and ungodly activities may be associated with the term Goth.

One genre of music often associated with the Goth subculture is Gothic metal, which combines medieval Gothic music with heavy metal. In the United Kingdom, of equal importance has been the gradual rise of cyber Goth, which combines electronic sounds and beats with concepts related to the gothic novel. (Telegraph.co.uk, Thompson, D. 2002, 50-51.)

Slowly but surely there has seemed to be an influx of electronic music that came in under the guise of industrial.

These bands have grown in popularity — especially among the youngsters with energy to expand, with the aid of ever-increasing technology, it is easy for anyone to be a one-person “band” with pre-programmed sounds.

Because the concept of Goth and especially Gothic music has broadened during the years, much of what is associated with the term has changed to make some aspects of the subculture too close to mainstream for some.

The type of gothic music determines a lot of the dress codes within the culture listened to when aesthetics guide the culture. Many clubs have changed their form entirely by leaving the word “Goth” out of their flyers. This is a result of two subcultures becoming too different to co-exist in the same environment.

Being a Goth today is widely considered a phase which many will grow out of but controversially has proven to be one of the long-running subcultures still existing.

In this article, it is found that even though Goths may have different perceptions of the term and what involves around it, or different ideas on entrepreneurship and different views on business life, the versatility of Goth has to be taken into consideration. (Starvox Music Zine, Telegraph.co.uk.) 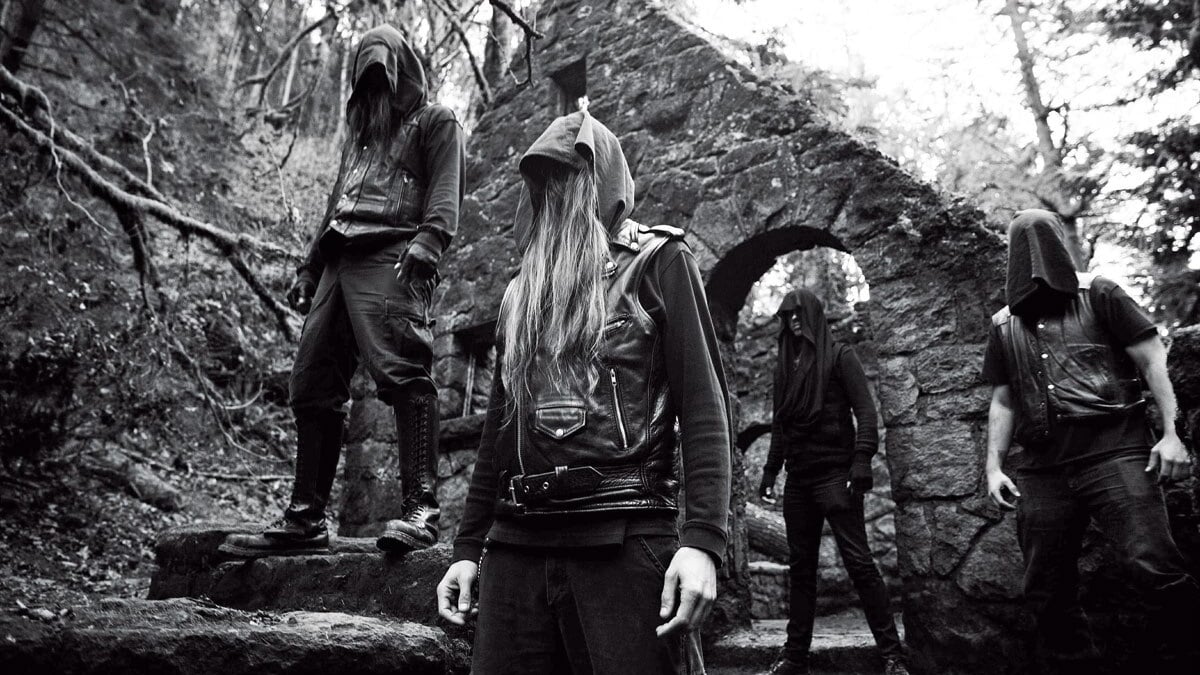 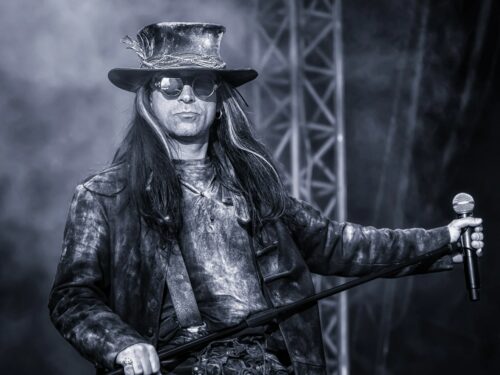 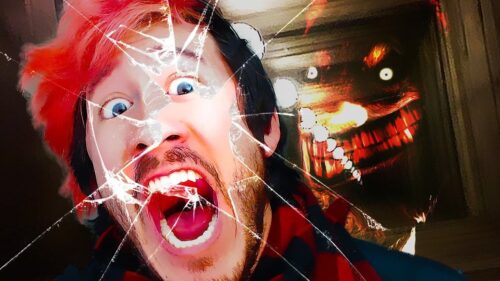 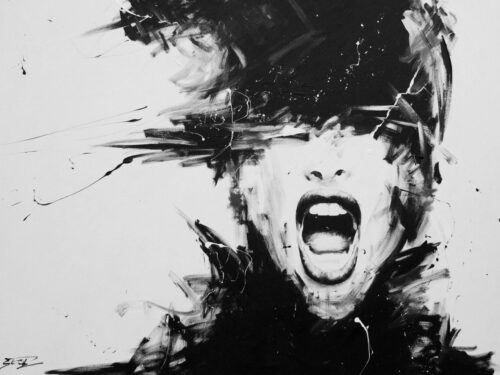 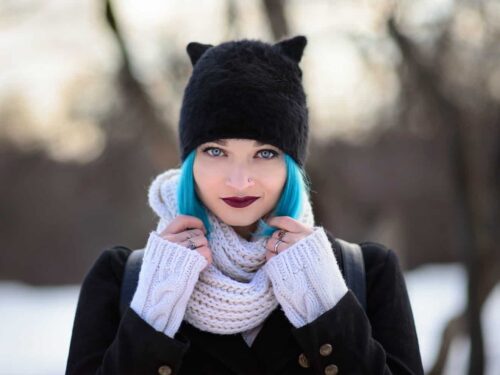 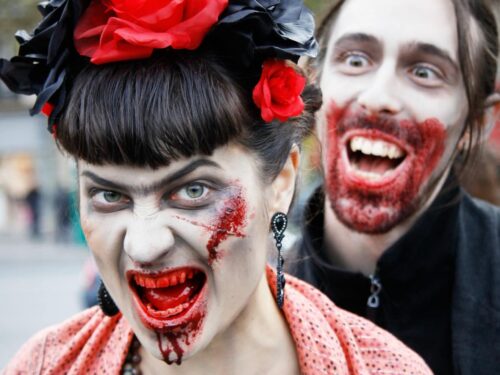 Pseudo-Necrophilia In Gravediggers And Mortuary Attendants